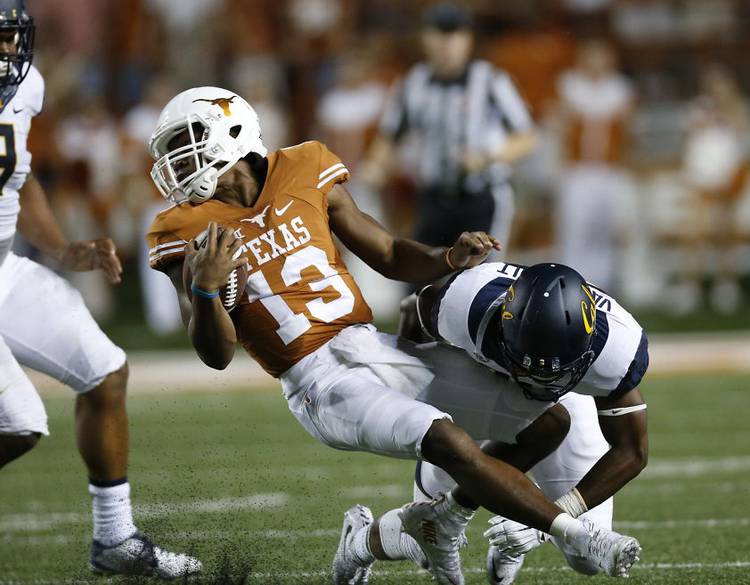 Texas quarterback Jerrod Heard is wrapped up and stopped on a scramble in the third quarter against Cal Sept. 19, 2015 at Darrell K. Royal Memorial Stadium in Austin, TX. JAY JANNER/AMERICAN-STATESMAN

California scored 31 unanswered points after Texas took a 10-point lead in the second quarter, but the Longhorns rallied to score with 1:11 left in the game to make the score 45-44.

But the Longhorns missed the extra point and lost 45-44 loss on Saturday at Royal-Memorial Stadium.

The Longhorns (1-2 overall) lead 24-14 late in the second quarter before Cal (3-0) scored 10 quick points in the final minutes of the first half.