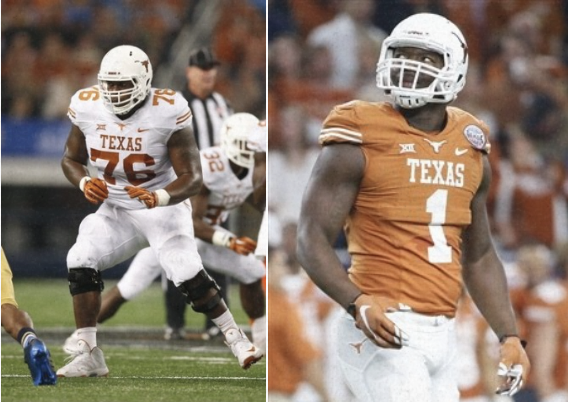 As Texas takes the field against TCU today, the team will be missing two of its key players due to injuries.

Fourth-year defensive end Shiro Davis will not play due to a knee injury.

Junior right tackle Kent Perkins, who was announced as day-to-day on Monday’s media availability will also not be playing. Perkins left the game last week after taking a helmet to the knee. Perkins did not make the trip to Fort Worth. Fifth-year offensive lineman Marcus Hutchins will be taking his place.

.@SlaterESPN reporting that Kent Perkins did not make the trip to Fort Worth and Marcus Hutchins will get the start in his place.