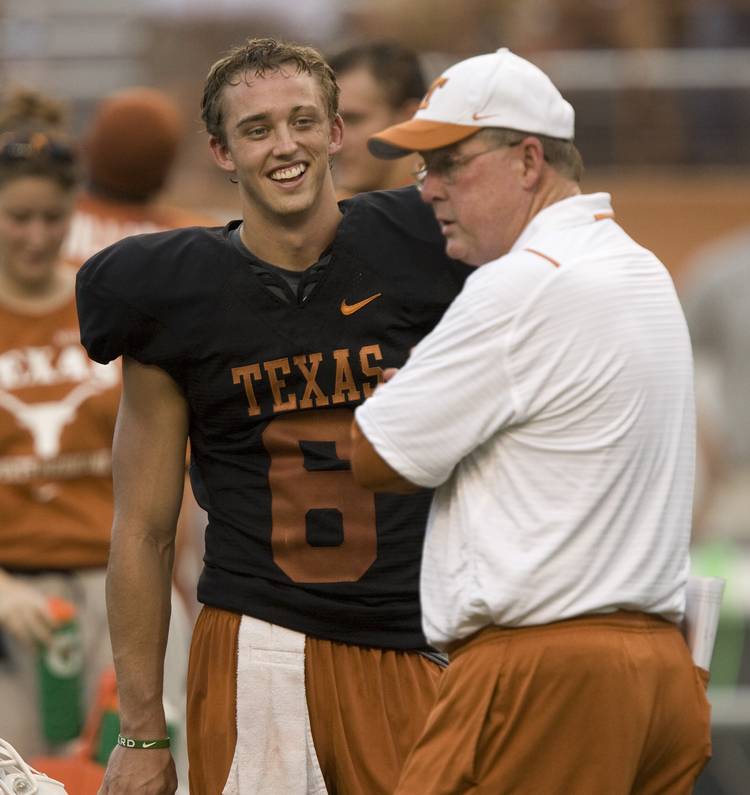 Most of the Longhorns' top passing records were set under former offensive coordinator Greg Davis.

Davis is offensive coordinator for an undefeated team in prime position for the national playoffs. And on Wednesday, he was nominated for the Broyles Award, which is presented to the country’s top assistant coach.

Davis won the award in 2005, when he was offensive coordinator on Mack Brown’s staff. That’s the year the Longhorns last won a national championship.

Chizik, also a former Broyles winner when he was with Auburn. He’s now the defensive coordinator with North Carolina, another team vying for one of four national playoff spots.

For more details on who else was nominated, check StatesmanU.