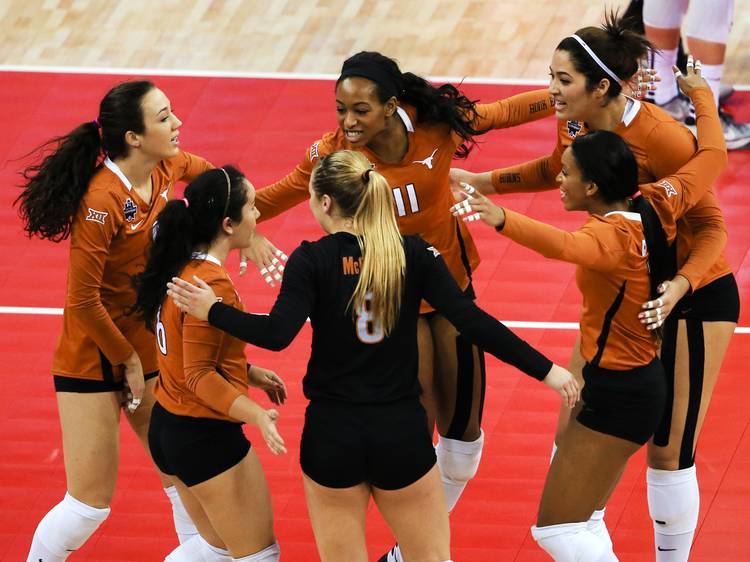 The third-seed Longhorns will face the winner of No. 4 Nebraska and No. 9 Kansas on Saturday evening. Texas is 3-0 against them and swept Kansas in the regular season.

Ogbogu, a first-team All-American, missed most of the third game with what appeared to be a leg cramp.