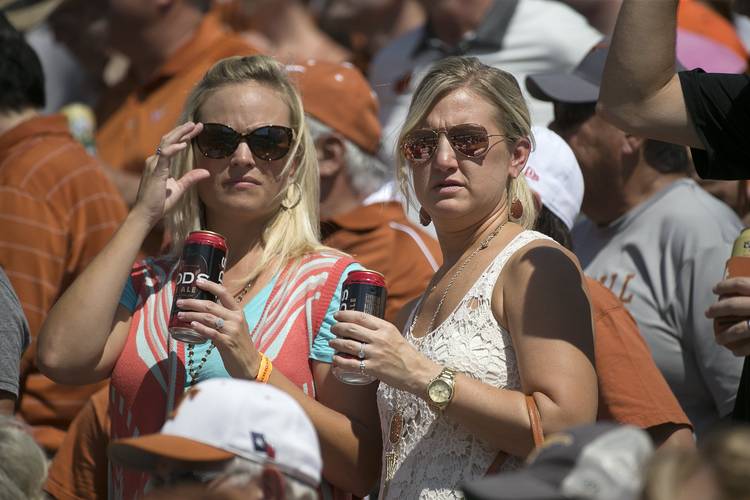 Fans drink beer in the stands during the Texas game against Oklahoma State at Royal Memorial Stadium on Saturday, September 26, 2015. DEBORAH CANNON / AMERICAN-STATESMAN

According to the Statesman’s Ralph Haurwitz, beer and wine sales at Royal-Memorial Stadium made up for half of all concessions revenue in 2015. Booze receipts totalled close to $1.8 million this fall compared to a total $3.7 million overall for all food and wine sold during Texas’ home games.

According to University of Texas spokesperson Kevin Mortesen, after concessionaire and other expenses, the university netted $812,798 from the sales of alcohol.

Beer and wine sales were approved for sale in June by Texas officials after a test run with other minor sports. The revenue figures don’t include sales in the stadium’s clubs and suites, where fans have long been able to drink alcoholic beverages.

An in-depth analysis by the American-Statesman in October revealed there had been no increase in arrests on game days as a result of Texas officials’ decision to sell beer and wine at Royal-Memorial Stadium.