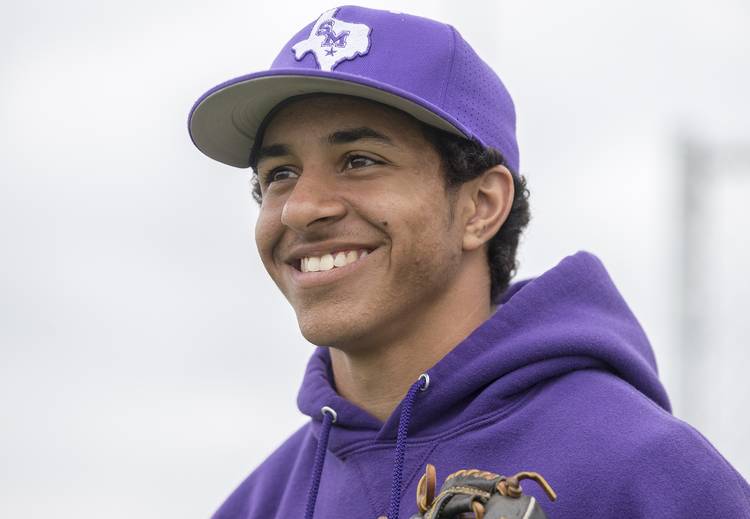 Some of the highlights of Davis’ profile are:

Highlights from his junior year:

“One of seven returnees to the Rattlers’ lineup this season, Hamilton — a senior who has signed with Texas — has his eye on the Rattlers’ eighth straight trip to the postseason. He’s coming off a junior season that saw him lead the Rattlers in RBIs (29) and runs scored (30) as San Marcos reached the area round of the Class 5A playoffs.”

“Hamilton has batted .395 with 21 triples, 107 runs scored and 92 RBIs over his three-year varsity career, and he earned All-Central Texas first-team honors in 2014 and 2015. Hamilton and second baseman Brandon Tobias will top the San Marcos batting order, but their play on defense likely be more essential to a team whose most-experienced pitcher has worked only four varsity innings.”

On his familial Major League pedigree:

“Hamilton’s a second-generation infielder for the Rattlers as his father played varsity baseball at San Marcos from 1981-83. A second baseman, David Hamilton Sr. spent two seasons in the minor leagues after being a 60th-round pick of the Cincinnati Reds in 1987.”

To read the entire feature including Hamilton’s time as a starting quarterback and his professional potential, click here.