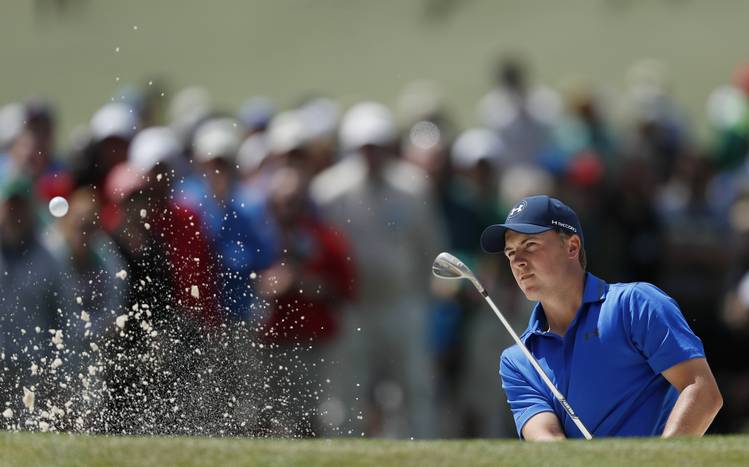 Jordan Spieth hits from a bunker on the seventh hole during the second round of the Masters golf tournament Friday, April 8, 2016, in Augusta, Ga. (AP Photo/Matt Slocum)

After his first nine holes today, Jordan Spieth was right where he began the day at The Masters – six under par. It was a very up-and-down front nine with birdies at No. 1 and No. 3 to get him to 8-under. Then he double-bogeyed No. 5, birdied No. 8 and bogeyed No. 9. The 36 was his worst score on the front nine at Augusta National in his 10 rounds on the course.

Here are the highlights of today’s first nine:

Watch highlights from the first nine of @JordanSpieth's second round at #themasters.https://t.co/ftPNhUEoGV

Longhorns women’s golf in seventh place after one round