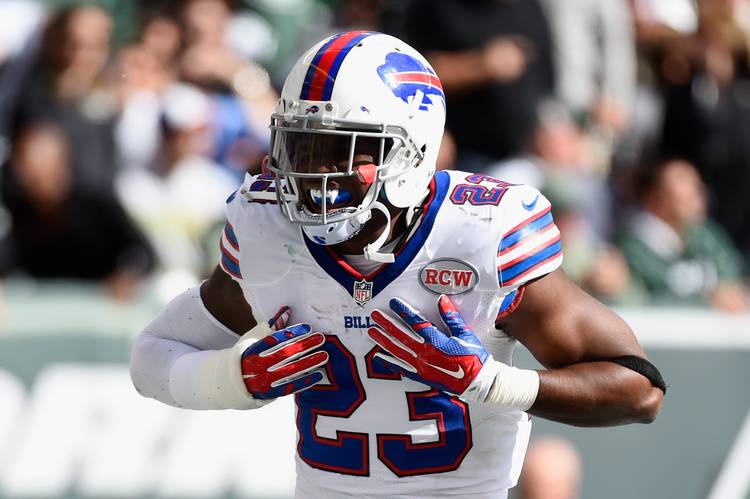 ORCHARD PARK, N.Y. (AP) — Former Longhorn and Buffalo Bills safety Aaron Williams tempers the enthusiasm he has of participating in offseason workouts with a hint of trepidation when outlining the next hurdle in his recovery from neck surgery.

It’s one thing to spend the next few months lifting weights, studying the playbook and running around the field in non-contact drills. It’s another come August, when Williams will be asked to make his first actual tackle in training camp.

“We can do as many strength tests and as many mental tests as we can, but it’s all going to come down to when we put the pads on,” Williams said, after the Bills opened their offseason voluntary conditioning program on Monday.

“Still a ways away,” he added. “But my focus right now is being in the best shape I can possibly be, get my face in the playbook as much as possible, and when that time does come, and it’s time to hit, then worry about it.”

Williams is both confident and cautious some six months after having two discs shaved to alleviate nerve damage. He spent the first three weeks after surgery unable to move his neck.

He was hurt in Week 2, when Williams jammed his head while making a diving attempt to tackle Patriots receiver Julian Edelman. The game was stopped for about 10 minutes while Williams was immobilized, loaded into an ambulance and transported to the hospital.

Williams was released after three hours and eventually resumed playing three weeks later at Tennessee before pulling himself from the game after experiencing numbness.

He has no worries about re-injuring his neck.

“None at all,” Williams said. “If I had any doubt, I wouldn’t be playing.”

And yet, he appreciates the risks, especially after acknowledging he should have taken more time to recover.

“I definitely did go back too early,” he said, of starting at Tennessee before pulling himself off the field. “I was young, just trying to prove something, to prove that I’m strong and that nothing can really faze me. But at the end of the day, I’ve got to look at my health.”

When healthy, Williams provides the Bills a hard-hitting defensive presence against the run, and a capable defender in passing situations. Buffalo’s 2011 second-round draft pick, he broke into the NFL as a cornerback before making the switch to safety in 2013.

The Bills thought so highly of Williams for his on-field ability and leadership potential, that they signed him to a four-year, $26 million contract extension in 2014.

Coach Rex Ryan is optimistic Williams can return to playing at his top form, while acknowledging no one can be certain until he begins tackling.

“I don’t think he’ll truly be 100 percent or be the Aaron Williams we know until he hits somebody,” Ryan said. “He’s still got to get over that first contact. But we feel very confident, and I feel very confident he’ll be ready.”

Williams welcomes the opportunity to learn under Ed Reed, a five-time All-Pro safety who joined Ryan’s staff this offseason. One area Williams hopes to focus on with Reed is refining his tackling techniques.

The Bills defense under-performed last season, and was undone by on-field communication issues and off-field complaints over whether Ryan’s scheme fit the team’s personnel.

“No excuses with last year, injuries and miscommunications and all that. That’s in the past,” Williams said. “Yes, we will be a lot better.