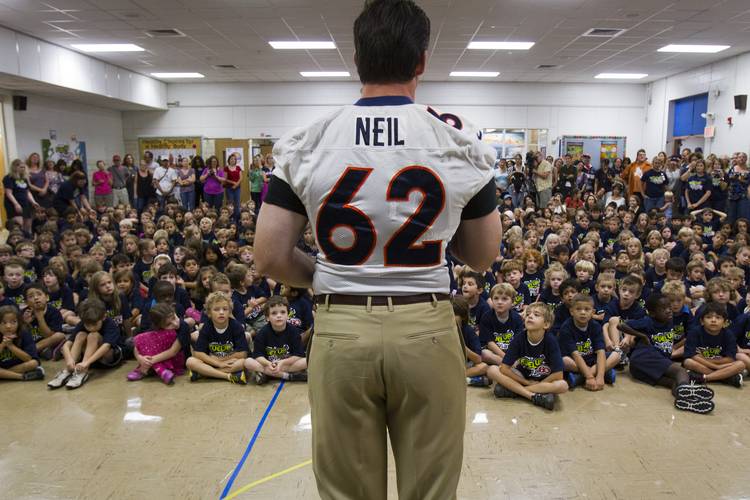 Dan Neil, former University of Texas Longhorns and Denver Broncos football player, adresses students, teachers, and parents at Barton Hills Elementary School on September 14, 2012 as part of the Fuel Up to Play 60 program kickoff. Fuel Up to Play 60 is a program that encourages students to eat healthy and play for 60 minutes a day.

Neil won two Super Bowl rings, blocked for a 2,000-yard rusher and one of the greatest quarterbacks ever, John Elway. Neil was the 67th pick of the 1997 draft and started 104 games in eight seasons. He never made a Pro Bowl, but his offensive line in 1998 and 1999 was considered the best unit in the NFL as Terrell Davis dominated the league.

Poage was also taken by the Vikings in the NFL Draft, where he played. He was never a Bronco, but officially, he’s the Bronco’s first Longhorn pick, going 11th in the second round.