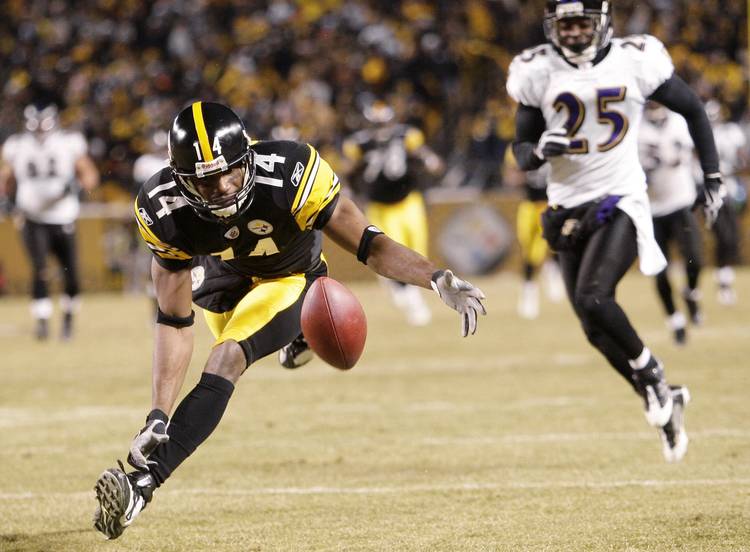 Although Hampton never made All-Pro, he made five Pro Bowls. Hampton helped the Steelers to two Super Bowl wins and another Super Bowl appearance. He played in 16 NFL playoff games in his 12-year career.

Hampton teamed with Shaun Rogers  to form a devastating tackle combo at Texas and was a consensus All-American in 2000. He was drafted 19th overall in 2001.

We broke down how poorly that decision was for the Browns, who took another defensive tackle at No. 3 that year.

Most recent pick: 2 players in 2008: Limas Sweed and Tony Hills

Sweed is one of the most famous receivers to play at Texas, and will forever be hated by Ohio State fans for this play:

Sweed was a fixture for the Longhorns for four seasons, catching 124 passes for 1,915 yards and 20 touchdowns. His junior year in 2006 he caught 12 touchdown passes. The Steelers drafted him in hopes that he would be the next great receiver in franchise history.

They took him 53rd overall in the second round.

Sweed’s pro career didn’t pan out the way anyone expected. He played just two seasons and caught a total of seven passes. His career ended following a torn Achilles tendon in 2010 and he missed what would have been his third season and never played again in the NFL.

He did win a Super Bowl, though, with the Steelers.

The other player taken by the Steelers was Tony Hills. The offensive tackle was chosen in the fourth round, 130th overall. He played in just four games with the Steelers and didn’t see any action until 2010. He bounced around the league afterwards and was last seen playing for the New Orleans Saints last season, his 10th NFL team.

Ladies and gentlemen, we have reached the first-ever Longhorn to be drafted in the NFL, and how awesome is that name? Red Wolfe played one season in the NFL, 1938, and was a Pro Bowler. He was taken 19th overall in the third round.

Of note: Outside of Casey Hampton, Longhorns drafted by the Steelers don’t play long in the Steel City. Maybe it’s because of the weird Pittsburgh accents and coleslaw and french fries on sandwiches. Not sure. But only Hampton and Curtis Brown were Steelers Longhorn picks who played at least three seasons.