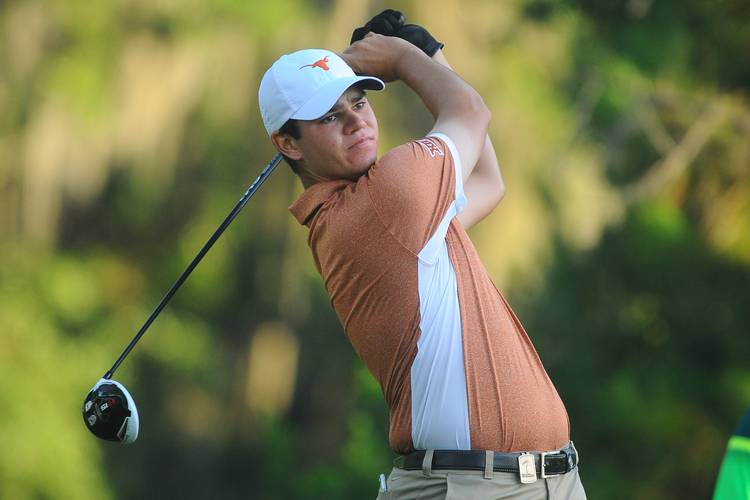 The Longhorns carded the best round in Big 12 championship history to win its fourth straight Big 12 title on Sunday at Whispering Pines Golf Club in Trinity, Texas.

The Longhorns shot 15 under par in the final round to win the title by 26 strokes at 14 under par. The 26-stroke victory was also a conference record. The Texas men’s program has won 47 conference titles.

“For us to do this four years in a row is super special.” said Texas coach John Fields. “I don’t take lightly all the teams in the Big 12 that have all won college golf tournaments this year. They’re all really good. This golf course is really great. For us, it all adds up to just an honor to say we are Big 12 Champions.”

All five Texas players shot at or under par in the final round and the Longhorns had four players place in the top 10.

Hossler shot a 3-under 69 on Sunday and tied for second place at 5 under par. He was the only player in the field that didn’t card a round over par this weekend. Hossler and TCU’s Paul Barjon finished one stroke behind Oklahoma State’s Stratton Nolen. Nolen shot a 70 in the final round to win medalist honors. The Cowboys placed second at 12 over par followed by Texas Tech at 13 over.

UT’s Doug Ghim finished tied for fourth place after shooting even par on Sunday. It was Ghim’s fifth top 10 finish this season.

Gavin Hall shot a bogey free round and carded UT’s low round of the day at 5 under. He tied for sixth place at 2 under par. Scottie Scheffler rolled in five birdies with a bogey to finish with a 68 and tied for ninth at even par. Taylor Funk shot his best round of the tournament, a 3 under 69, and tied for 25th place at 11 over par.