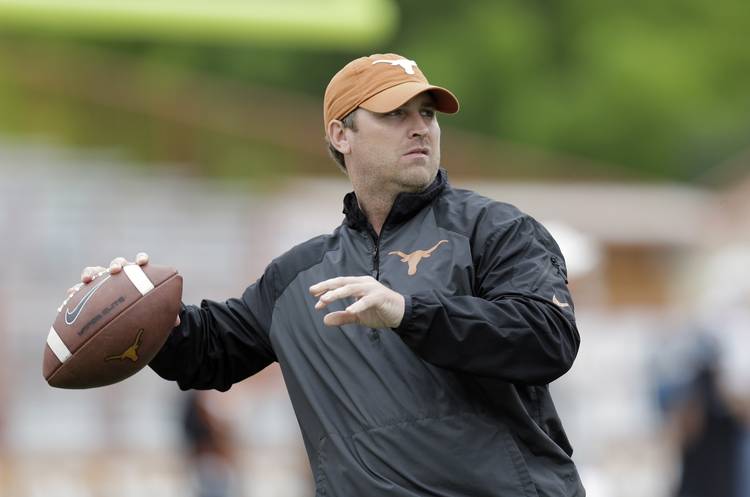 New Texas offensive coordinator Sterlin Gilbert was hired by Charlie Strong from Tulsa in December. He brought with him his offensive line coach Matt Mattox, and the two have a good working relationship that sometimes produces quality sausages. He has a track record for fast turnarounds at previous stops at Eastern Illinois and Bowling Green.

But what’s he like during practice? The Longhorn Network recently put out this video of Gilbert at work on the field:

Jordan Spieth gets look at ‘hardest test’ during visit to Oakmont