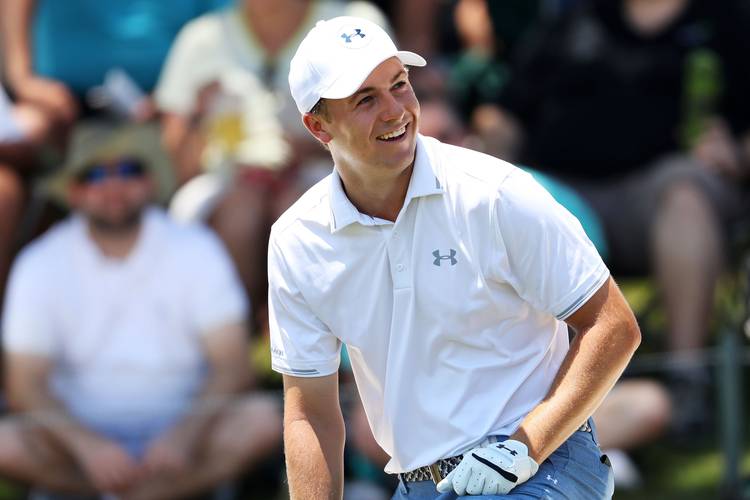 Jordan Spieth of the United States reacts on the ninth green during the first round of THE PLAYERS Championship at the TPC Stadium course on May 12, 2016 in Ponte Vedra Beach, Florida. (Photo by Sam Greenwood/Getty Images)

Former Longhorn Jordan Spieth is still trying to recover from his back-nine collapse at the Masters in April. He just missed the cut at the Players Championship this past weekend and is trying to fine-tune his short game, which he says needs improvement to get back to the level of golf he was playing in 2015, a season that saw him win golf’s first two majors and finish at the top of the leader board in the other two.

This week, he’s back in his home town Dallas to play in what could be his home tournament – The AT&T Byron Nelson Championship.

Maybe having a little fun in a pre-tournament clinic will calm his nerves.

On Tuesday, Spieth pulled off an impossible trick shot – hitting a marshmallow off of the top of a golf ball and catching it with his mouth.

Don’t believe it? Watch it below:

No quit: Augie Garrido says he won’t step down as Texas’ baseball coach