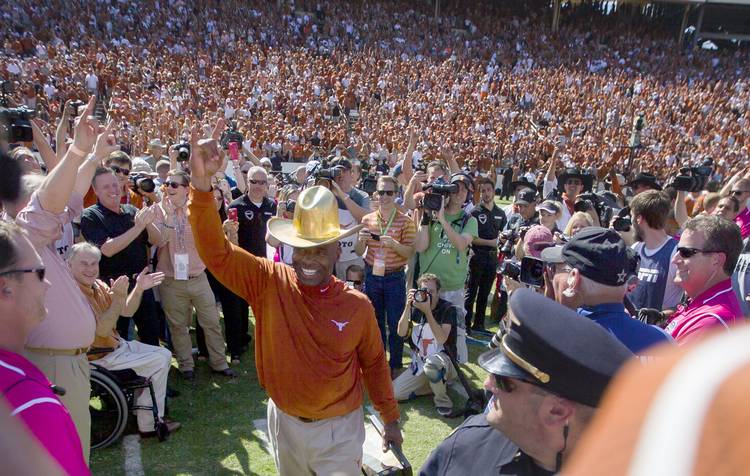 Charlie Strong added one more commitment to his Class of 2017 with Friday’s pledge of athlete Montrel Estell, but he and his staff are far away from finishing the work for next year’s class. And, remember how last year’s class closed out? Seven signings in the ESPN Top 300 in the final 48 hours of the period put a national spotlight on how Texas closed strong to seal the nation’s 11th ranked recruiting class.

What does it look like so far this year? With Estell’s commitment on Friday, Texas now has seven commits to its 2017 class. Where does the class go from here? Could Strong add the nation’s top linebacker recruit Dylan Moses? After his visit on the 40 Acres, he put the Horns at the top of his school list. Or is it likely, the Statesman’s top prospect in the state signs in burnt orange? With more than eight months to go, there are plenty of targets, in the state and nationally.

We’ve created an interactive map of current pledges and prospects that Strong and his staff have offered. To view it, click here.