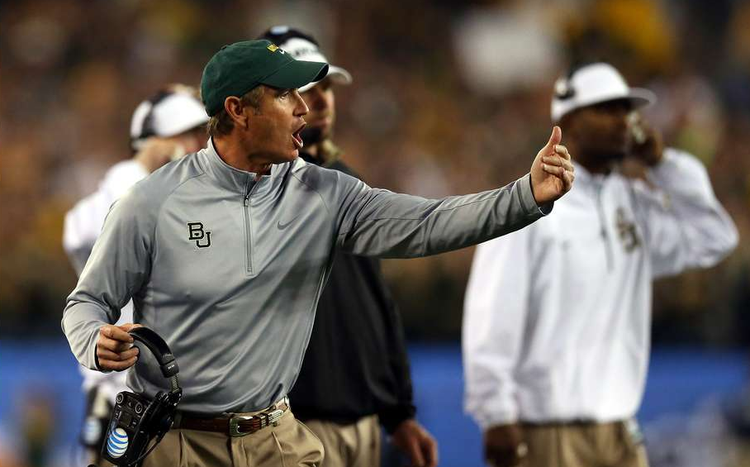 Head coach Art Briles of the Baylor Bears looks on against the UCF Knights during the Tostitos Fiesta Bowl at University of Phoenix Stadium on January 1, 2014 in Glendale, Arizona. (Photo by Ronald Martinez/Getty Images)

In Episode 13, columnists Kirk Bohls and Cedric Golden opine on the shocking revelations and resulting fallout over the sex assault scandal at Baylor University that led to the firing of head football coach Art Briles. They also speculate about Augie Garrido’s baseball future at Texas and visit with special guest, Tom Dore, long-time Voice of the Chicago Bulls in the 1990s, about Michael Jordan’s days and the current NBA playoffs.

Was Texas responsible for the downfall of Nebraska football?