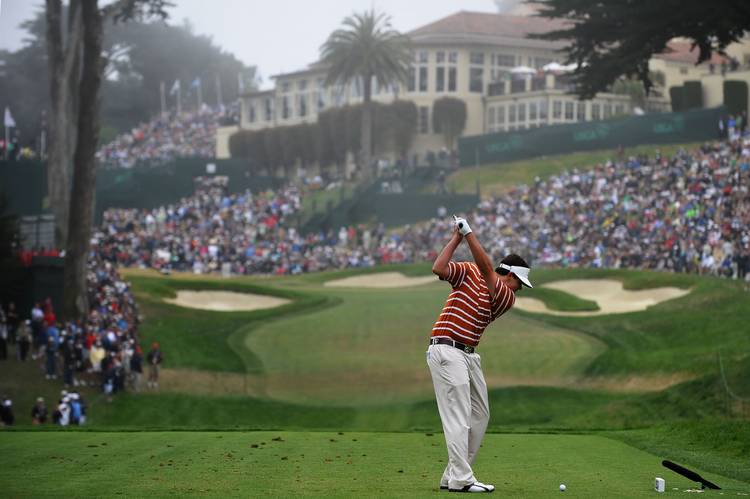 Beau Hossler hits his tee shot on the 8th hole during the final round of the 112th U.S. Open at The Olympic Club on June 17, 2012 in San Francisco, California. Hossler shot a 67 on Sunday at the NCAA Championship. (Photo by Stuart Franklin/Getty Images)

The top-ranked Longhorns moved within two strokes of the lead after carding a 3-under-par 277 in the third round of the NCAA Championship on Sunday in Eugene, Oregon.

Texas is in second place at 7 over par, after entering the third round in a tie for 7th place at 10 over. Vanderbilt shot 2 over on Sunday and is in the lead at 5 over.

Texas’ Beau Hossler led the rally with a 3-under 67. Hossler had four birdies and a bogey on his front nine and shot even par on the back nine. He is in third place at 3 under and is three shots behind leader Aaron Wise of Oregon. Wise was tied with Hossler in 14th place at even par entering Sunday’s round and shot a 64.

UT’s Gavin Hall was 3 over through the first three holes, then had five birdies to finish with a 2-under 68. Hall is tied for 34th place at 4 over. UT’s Doug Ghim, Scottie Scheffler and Taylor Funk shot 1 over in the third round.

The top-15 teams in the 30-team field made the cut for Monday’s final round of stroke play. The 72-hole individual champion will be crowned on Monday and the top eight teams will advance to the match-play team championship.