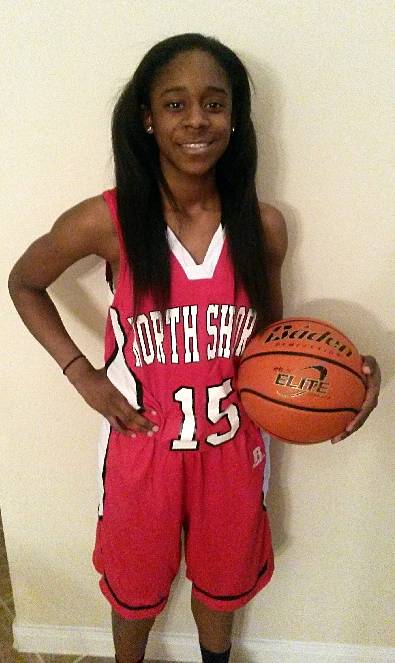 Chasity Patterson is poised to join Texas basketball next season.

The Texas basketball team’s climb to be an elite women’s program coincides with the arrival of talented new blood.

The latest highly recruited player to pledge to the Longhorns is a five-star point guard from Houston. Chasity Patterson, who will be a high school senior next season, made a pledge Monday to run with the Horns, according to multiple reports.

During two seasons at USC, the 6-4 White played in 52 games. She averaged 2.9 points and 2.9 rebounds in 11.3 minutes per game this season. She will be eligible to play after sitting out the upcoming season.

A McDonald’s All-American following her senior year of high school , White was rated the top post player in the country by ESPN.

Patterson, rated as the nation’s No. 1 point guard for the Class of 2017, chose Texas over UCLA and Oklahoma. The ultra-quick Patterson has been a scoring force for Galena Park North Shore High, averaging 21 points a game in her three seasons of varsity competition.

“My first offer was from Texas and that was when I was in the seventh grade,” Patterson told ESPN. “I visited the other two schools as well, but I felt that Texas was the place for me.”

Coach Karen Aston has been in the forefront of UT’s recruiting success, signing the nation’s No. 3 overall class for the Class of 2016. Among the players who will be in the lineup next season are McDonald’s All Americans Joyner Holmes and Alecia Sutton.

Patterson is Texas’ first pledge in the 2017 class. ESPN ranks her as the nation’s No. 4 overall prospect.

Patterson will be the second member of her family to play college sports. Her sister, Destiny, recently completed her athletic eligibility in volleyball, starting about half her team’s games the past two seasons at the University of Houston.

Longhorns of all ages qualify for U.S. Open