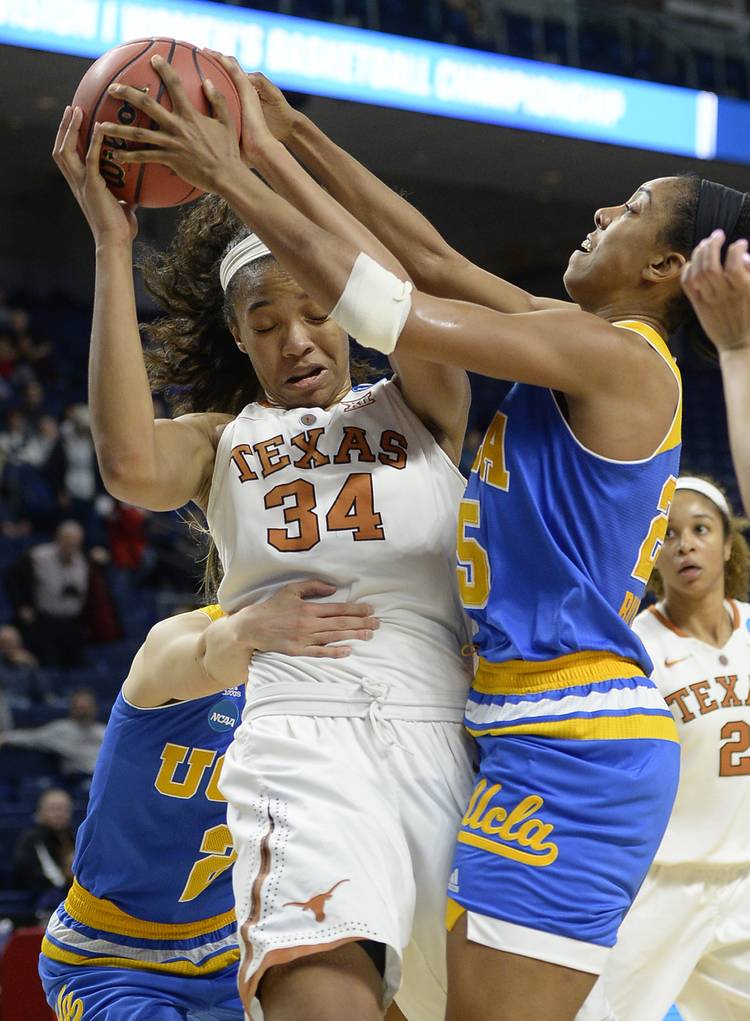 Former University of Texas basketball player Imani Boyette has been nominated for the 2016 NCAA Woman of the Year Award.

Boyette overcame several personal obstacles to become one of the greatest players in Longhorns history. As a survivor of multiple suicide attempts and molestation as a child, the 6-foot-7 post has used poetry, basketball and her experiences at Texas to overcome a troubled youth.

Boyette is a rookie in the WNBA this summer. She has played in 9 of 11 games for the Chicago Sky, averaging 6.6 points, 5.0 rebounds. She leads the team with a shooting percentage of 69.2.

The NCAA Woman of the Year program honors the academic achievements, athletics excellence, community service and leadership of graduating female college athletes from all three divisions. To be eligible, nominees must have competed and earned a varsity letter in an NCAA-sponsored sport and must have completed eligibility in her primary sport.

This is the 26th year of the NCAA Woman of the Year Award program, which was established in 1991. Boyette is one of 517 honorees nationally – the most in the history of the Woman of the Year program, and one of 231 nominees in NCAA Division I.

Boyette became the first player in the history of the Texas women’s basketball program to reach the combined milestone of 1,000 career points, 1,000 career rebounds and 200 career blocks.

Boyette  earned her bachelor’s degree in accounting in May from the McCombs School of Business at Texas.