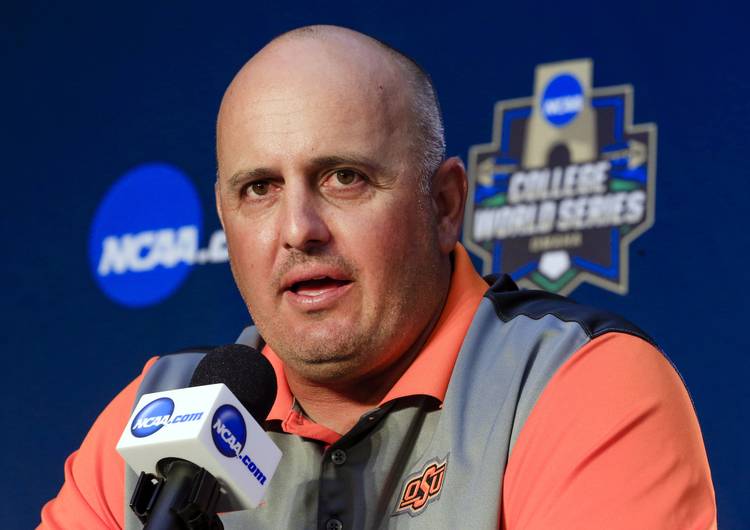 On the botched search for a new baseball head coach:

“Texas, which has clearly botched its search for a new baseball coach, is in a holding pattern. Maybe it’s waiting until UT President Gregory L. Fenves returns from a fund-raising trip to China. (Hey, he did hire an offensive coordinator for Charlie Strong.) It’s been three weeks since Augie Garrido was reassigned. Athletic director Mike Perrin, who’s showing his inexperience in his first and perhaps last coaching search, shot high and missed. I can’t blame him for that, but Texas has lost ground in recruiting for 2017 and beyond. It’s imperative that Perrin land a big fish. Tulane’s David Pierce is a good coach, but hasn’t built a program from the ground level or reached a super regional. Maybe Perrin should consider Rob Penders of St. Edward’s. He’s terrific. After all, “Uncle Billy” Disch was hired from the same local private college, and he won 15 Southwest Conference titles in his first 16 years. In Bill Little’s “Kings of the Diamond” book, he wrote SMU almost hired Disch away, another reason Perrin shouldn’t be bashful in raiding a league member. At this point, I’d wait for the CWS to end and go hard after Oklahoma State’s Josh Holliday, Texas Tech’s Tim Tadlock or even Florida’s Kevin O’Sullivan. Dallas Baptist’s Dan Heefner and Arkansas’ Dave Van Horn would be strong hires.”

On what the Longhorn Network cuts mean to the university:

“The decisions to cancel the Longhorn Network’s “Longhorn Extra” show and not renewing the contract of almost two dozen independently contracted cameramen and technicians can’t be a good sign. The American-Statesman has learned that up to four current LHN employees are impacted by the programming decision and five new positions will be created. That said, the fault is mostly with lagging UT athletics, particularly football and basketball. LHN spokesperson Gracie Blackburn says LHN will employ the same number of workers (60) as before and is just shifting its emphasis to the 175 live sporting events. But it’s never good to cancel shows and downsize on employees. Blackburn says it found “the viewership (for ‘Longhorn Extra’) isn’t there.” Asked if 27 workers were being laid off or not having their contracts picked up, she said, “I can’t speak on personnel matters. We canceled their contract because we are no longer in need of their services.” The LHN has 20 million subscribers, but has struggled to get a toehold among audiences. Spin it, however, it still smacks of cost-cutting. But there is good news — Garrido’s “Home Plate” cooking show will return; LHN is taping a new episode with him this week.”

On what Notre Dame could bring to the football season opener:

Only 74 days until Texas’ season-opener against Notre Dame. Irish senior cornerback Devin Butler, who re-fractured the foot he had injured during bowl practice last December, will be out until October. Head coach Brian Kelly said last week that junior DeShone Kizer or senior Malik Zaire will win the starting quarterback job. No two-quarterback system. The Irish will be looking for impact from five-star early enrollee defensive end Daelin Hayes. Freshmen cornerbacks Donte Vaugh and Troy Pride Jr. and safeties Jalen Elliott and Devin Studstill could crack the opening-day rotation.

For the rest of Kirk’s 9 Things including tidbits on a former Texas Tech quarterback and his thoughts on the College World Series and NBA Finals, click here.

Dumais and Bromberg take second, but fail to qualify at U.S. Olympic Trials