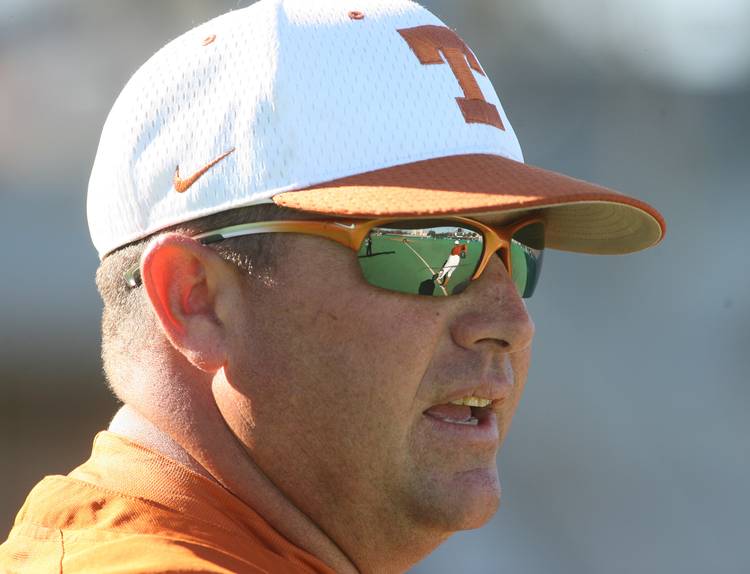 “I just accepted it,” Johnson said. “I start tomorrow.”

Johnson, who has coached nine seasons at Texas, three of them as associate head coach, sounded heart-broken over having to accept another job and leave Austin. He had applied for the vacant head coaching job and met with athletic director Mike Perrin and his associate, Arthur Johnson, on Monday morning.

“I’m just so grateful to DeLoss Dodds, Augie Garrido, Bill Powers and Mike Perrin for allowing me to coach here,” Johnson said. “I want to thank them for the opportunity they gave me to coach here. But this is like burying my dad.”

Johnson, whose best friend is Texas Tech head coach Tim Tadlock, said he would remain at Texas if the Longhorns were to hire him out of Lubbock. However, Tadlock’s contract includes a non-compete clause that prohibits him from taking another job in the Big 12.

One source familiar with Texas’ search for a successor to Garrido — which has entered its 28th day — said the school “doesn’t want another Joe Wickline.” That refers to the contentious hiring of the Oklahoma State offensive line coach, who was hired at Texas and given the title of offensive coordinator even though he never called plays for the Longhorns.

Asked if his move to Norman was based on the assumption Tadlock would not be coming to Texas, Johnson said, “Yep. But nothing’s ever definite.”

In Johnson’s nine seasons mentoring UT pitchers, the Longhorns have finished the year ranked in the top-10 nationally in ERA six times, leading the Big 12 in five of those instances. From 2009 to 2011, Texas finished second, first, and second, respectively, nationally in ERA.

Those pitchers’ success hasn’t ended at UT. Since 2007, the Longhorns have seen 26 pitchers selected in the MLB Draft, including three first-round selections and seven in the first five rounds. Workman, one of Johnson’s pupils, helped the Boston Red Sox capture the World Series Championship in 2013, his rookie season.

Does Leo Manzano have what it takes to medal at the Olympics again?