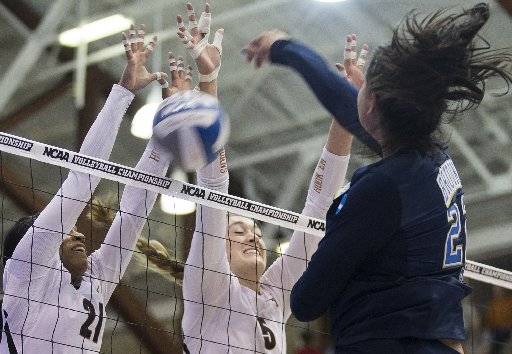 Texas volleyball All-American Molly McCage has agreed to a contract with the German based VC Wiesbaden. The Middle Blocker graduated in 2016 and is Texas’ all-time leader in block assists. McCage helped Texas win the 2012 national title as a freshman and was a senior last season when the Longhorns lost in the NCAA final against Nebraska. Texas won four Big 12 titles and made four straight trips to the NCAA semifinals with McCage playing in the middle.

“I’m very happy to be playing the same position in my first pro year outside the United States,” McCage said.

VC Wiesbaden competes in the 12-team Bundesliga-Frauen of the Volleyball Bundesliga.

“We are very pleased to bring with Molly McCage another great and also young and talented middle blocker in the VCW family. We are convinced that we will succeed with Molly. She is definitely an asset to us.” said team managing director Nicole Fetting.

Phelps locks up trip to 5th Olympics; Franklin going too