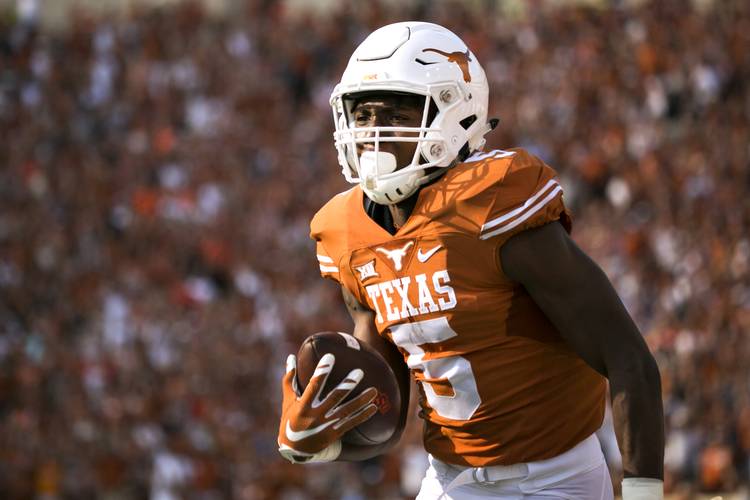 Texas cornerback Holton Hill runs toward the end zone after intercepting the ball during the game against OSU at Darrell K. Royal stadium on September 26, 2015. Shelby Tauber / AMERICAN-STATESMAN

The bible of all things pigskin-related in the state, Dave Campbell’s Texas Football, was released this week, and five Longhorns were tabbed to the magazine’s All-Texas College Team.

Offensive lineman Connor Williams, linebacker Malik Jefferson and defensive back Holton Hill were named to the first team, honoring the state’s top college players. Jefferson was also named the best linebacker in the state. This is the third honor in a week, as Jefferson was just named to the Bednarik Award watch list and honored as a preseason All-American by Sporting News.

Two other Longhorns – guard Patrick Vahe and defensive back Davante Davis – picked up second-team honors by the magazine.

Texas A&M Myles Garrett was tabbed as the best defensive lineman in the state, and TCU’s Denzel Johnson picked up the award for the best defensive back. On the offensive side, Texas Tech’s Patrick Mahomes was named the top quarterback, and A&M’s Christian Kirk was honored as the top wide receiver.