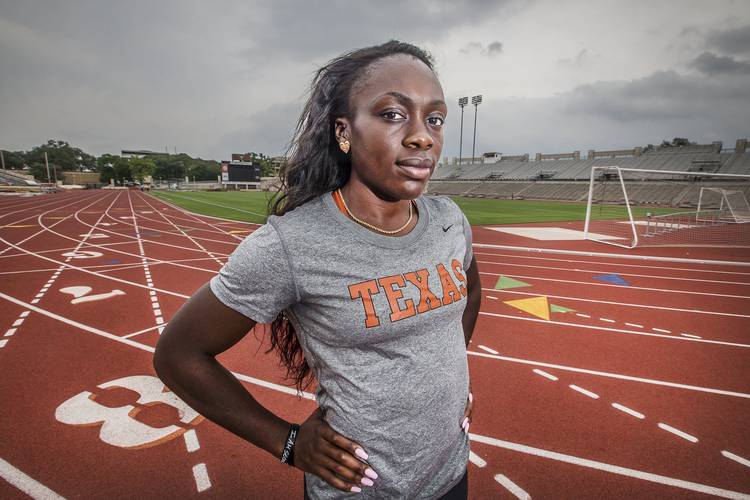 Texas' Morolake Akinosun placed 12th in the 200 meters semifinals at the U.S. Olympic Trials on Saturday. (RICARDO B. BRAZZIELL / AMERICAN-STATESMAN)

Texas’ Morolake Akinosun fell short of advancing to the 200-meters final and Haley Crouser missed out on qualifying for the women’s javelin grand final on Saturday at the U.S. Olympic Trials in Eugene, Oregon.

Akinosun placed 12th in the 200-meters semifinals at 23.04 seconds and needed to finish in the top eight to advance to the final.

Though she missed out on qualifying for an individual event, she will serve as an alternate for Team USA in the 100 meters and could be chosen on Monday to be part of the 4×100 meter relay team.

Akinosun placed fourth in the 100 meters last week and will find out on Monday if she will be one of six runners selected to the 4×100 meter relay pool.

Crouser placed 10th in the javelin final and just missed making the grand final. The top eight advanced to the grand final, where competitors get three more throws. She had six attempts and her best was 163 feet 2 inches. Her third throw was ruled a foul and it would have been long enough to place her in the top eight, but her protest was overruled.