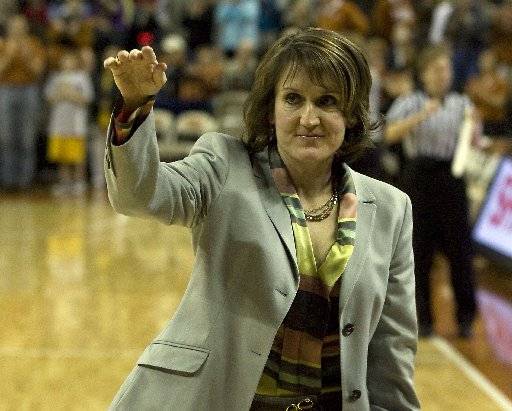 The United States (5-0) outscored Canada 33-14 in the third quarter en route to a 109-62 victory. The gold medal was the USA U18 women’s eighth consecutive and ninth overall at the event, and the U.S. women are now 53-2 all-time in FIBA Americas U18 Championship play.

A native of Lubbock, Ethridge was inducted into the Women’s Basketball Hall of Fame in 2002 and the Texas Women’s Athletics Hall of Honor inaugural class in 2000. In 1986, Ethridge was the recipient of the Honda Award for basketball and was the overall Hondra-Broderick Cup winner across all sports.

Ethridge led the Longhorns in assists for three consecutive seasons (1984-86) and in steals for two seasons (1983-84, 1985-86). She is the University of Texas’ all-time career leader in assists with 776. Ethridge was a senior in 1985-86 when the Longhorns went 34-0 and won the 1986 NCAA Championship, becoming the first women’s basketball program in history to record an undefeated season.

Ethridge, a two-time All-American, won an Olympic gold medal with the United States at the 1988 Seoul Games.