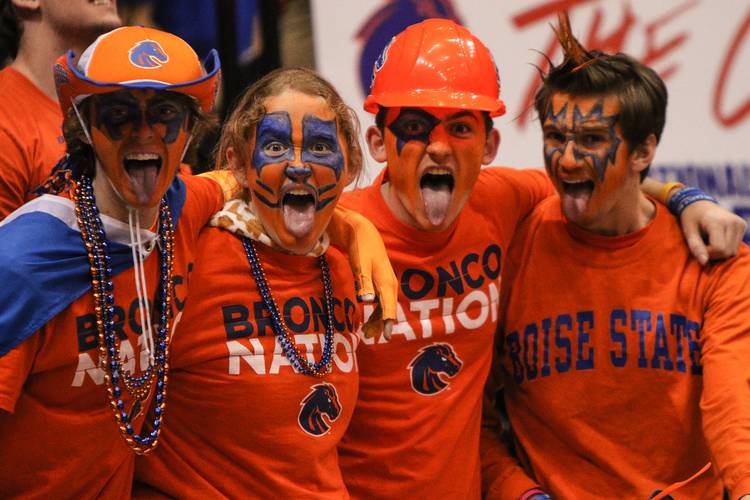 In advance of May’s Big 12 meetings among athletics directors and presidents, our staff presented 10 possible candidate schools that the conference could invite if its school officials wanted to increase its membership.

Well, on Tuesday, it looks like the Big 12 will start the vetting process.

The league’s 10 presidents met on Tuesday in Dallas away from the Omni Hotel and, on a teleconference afterward, Oklahoma president David Boren said, “There was continued interest expressed in expansion.” Big 12 commissioner Bob Bowlsby was authorized to actively evaluate what schools are interested and to report those findings back to the league presidents.

Now that the conference will start the process, whom should member schools’ officials pick? Here are the 10 institutions (and some of their pros as to why they would make a good choice) that make the best candidates – in no particular order – according to our staff.

Houston. Houston is as competitive on the football field now as during the Andre Ware days. The Cougars rank second in the state of Texas in wins over the past 10 years with 88, trailing only TCU’s 100. Tom Herman may not be Knute Rockne quite yet, but he created a stir with a 13-1 record punctuated with a league title and an impressive 38-24 win over Florida State in the Chick-fil-A Peach Bowl. The close proximity to so many Big 12 schools would lower travel expenses for all Big 12 sports programs.

For our full profile of the Cougars, click here.

South Florida. The Big 12 could tap into the huge Tampa-St. Petersburg TV market, which ranks 13th, higher than any other expansion candidate outside the state of Texas. A potential Big 12 Network would certainly like to be in Florida homes. Oh, yeah, the recruiting is good, too.The program, which bottomed out in recent years after peaking at the No. 2 ranking in 2007, started making a comeback in 2015 with an 8-5 record, 6-2 in the AAC. The academics have improved substantially.

For our full profile of the Bulls, click here.

SMU. Frankly, there aren’t many outside of the nostalgic value of Big 12 schools Texas, Baylor, TCU and Texas Tech reuniting with a former member of the old Southwest Conference. SMU, renowned for its academics, would improve the Big 12 in that regard while also helping TCU maintain the conference’s presence in the Dallas/Fort Worth area.

For our full profile of the Mustangs, click here.

Memphis. Money. Big, big money. FedEx is based in Memphis, and the company’s chairman has promised that FedEx would become a significant corporate sponsor for a 12-team league football championship game and basketball tournament if the Tigers are invited to join. Memphis is promising to spend as much as $500 million to upgrade its facilities. The Tigers also would give the Big 12 a big-name basketball program; Memphis fell to Kansas in the 2008 national title game, although the success of that season was wiped away due to NCAA violations.

For our full profile of the Tigers, click here.

Connecticut. UConn does offer a national brand, something the Big 12 is aggressively seeking to bolster its image and strength. The school could offer access into the New York market, much like Rutgers has for the Big Ten. UConn also provides access to the Boston market, just 90 minutes from campus, and it brings a top-25 television market in Hartford/New Haven. Without question, UConn is a national powerhouse in men’s and women’s basketball and features Geno Auriemma, the John Wooden of women’s hoops who has 11 national titles, including the last four in a row.

For our full profile of the Huskies, click here.

BYU. Of all the Big 12 expansion candidates, BYU is the only one that brings a large national fan base — the Mormon version of Notre Dame, if you will. BYU is a national brand name. It also is the only candidate with Power 5 facilities in the major sports. BYU’s arena would be the biggest in the Big 12 and the football stadium would trail only Texas’ and Oklahoma’s. And UT and OU are the only two Big 12 teams that outdraw BYU in football. In men’s basketball, BYU averaged 15,875 per home game in 2014-15, 11th in the country and better than every Big 12 team but mighty Kansas.

For our full profile of the Cougars, click here.

Cincinnati. The University of Cincinnati, whose graduates invented Benadryl and built the Golden Gate bridge, is located in the southwest corner of Ohio in a sports-crazy city with two professional franchises (NFL’s Bengals and MLB’s Reds). The athletic department has spent more than $200 million on an athletic center and upgrades at Nippert Stadium. Another $87 million in improvements are scheduled for the school’s basketball arena. The facilities are just as good as any you’ll find at most Big 12 schools.

For our full profile of the Bearcats, click here.

Central Florida. This relatively new school, which didn’t really crank up its athletic program until 1970, already has the second largest total enrollment in the country, trailing only Arizona State. Along with the states of Texas and California, Florida rounds out the Big Three for football recruiting, and Orlando is in the center of the action. What a huge boost Florida could be to a Big 12 Network. Additionally, Orlando is a top-10 tourist destination with Disney World, Universal Studios, Epcot Center and all the rest.

For our full profile of the Knights, click here.

Colorado State. A large TV market and geography are good places to start. The burgeoning Denver metro area has 2.8 million people, a young, energetic vibe and remains an attractive location for newcomers. Colorado borders Big 12 country in Kansas and Oklahoma and is a stone’s throw from the Texas Panhandle. CSU is building a new football stadium that will open in 2017 and is willing to upgrade other facilities for a shot at the Big 12.

For our full profile of the Rams, click here.

Boise State. The Little Engine That Could. America’s lovable underdog in football. The famous 43-42 victory over Oklahoma in the 2007 Fiesta Bowl — who can forget the Statue of Liberty, all the trick plays and Ian Johnson’s nationally televised marriage proposal to the head cheerleader? — still stands as one of the greatest postseason games ever. The Broncos’ 3-0 record in the Fiesta Bowl, including wins over TCU and Arizona, is something no other Big 12 expansion candidate can approach.

For our full profile of the Broncos, click here.