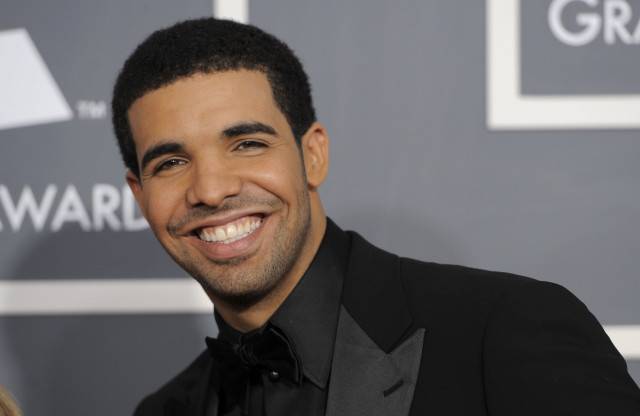 He’s got a really big team. But he’s wearing the wrong colors.

Texas basketball got a surprise visit from Canadian rapper and avid sports fan Drake Tuesday, when he visited the Longhorn facilities before kicking off his “Summer Sixteen” tour at the Frank Erwin Center Wednesday.

As videos posted to Twitter (by freshman guard Andrew Jones and sophomore forward Tevin Mack) show, Drake was led through the facilities by conditioning coach Daniel Roose and stopped to shake hands with various players.

No word on whether or not the visit was planned ahead of time, but Drake probably should have taken a minute to change out of his head-to-toe royal blue University of Kentucky getup.

The best video out of the encounter by far is one showing the Texas women’s basketball team playing it cool and keeping their excitement on lockdown until the 6 God had exited the premises… at which point they proceed to scream while jumping up and down. Watch below:

Totally normal occurrence with @Drake on the 40 Acres.

Maybe if Drizzy actually donned a little burnt orange next time there’d be even more reason for excitement.

The Big 12 Expansion Tour: Our 10 schools