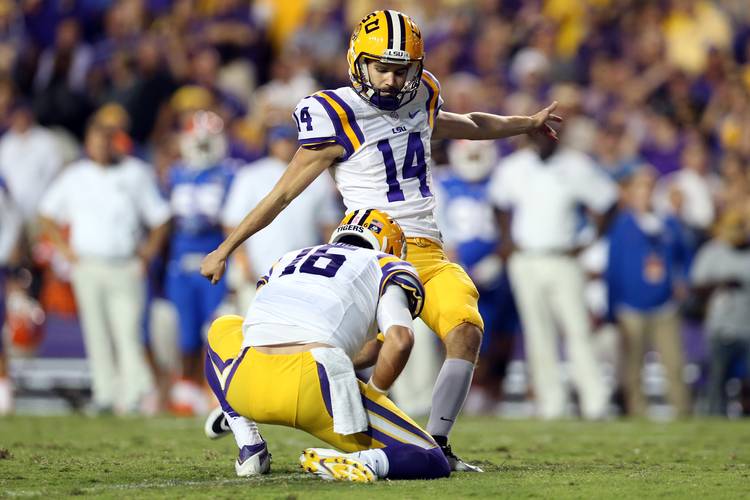 Trent Domingue #14 of the LSU Tigers kicks an extra point after scoring his own touchdown on a fake field goal against the Florida Gators at Tiger Stadium on October 17, 2015 in Baton Rouge, Louisiana. (Photo by Chris Graythen/Getty Images)

On Sunday, Charlie Strong added a missing piece to his special teams for 2016 when he added former LSU kicker Trent Domingue as a graduate transfer.

Domingue can also score touchdowns if called upon.

During LSU’s tussle with Florida last year, the kicker toted the ball 16 yards on a fake field goal to put the Tigers up 35-28 in the fourth quarter. The score ended up being the difference of the game that the Tigers won by the same margin.

Here’s a video of that play:

Big 12 Expansion: UConn, USF lead; Houston at bottom in athletics ‘worth’ per report