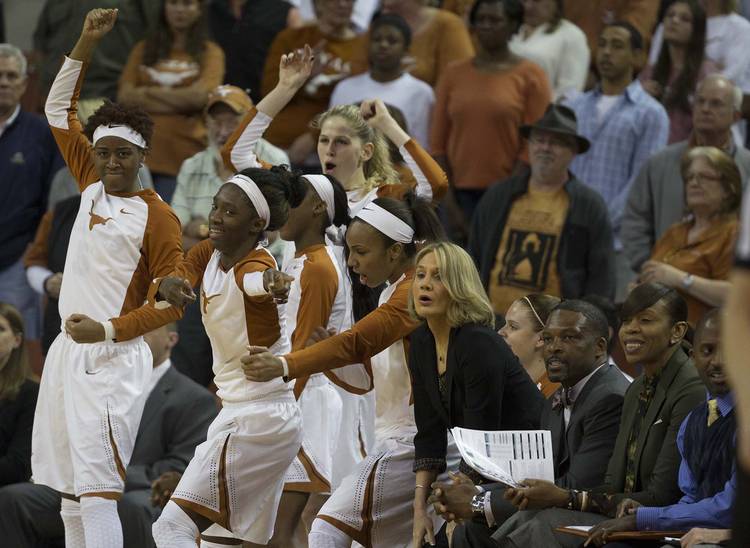 Texas's bench celebrates a score against TCU during the first half of an NCAA women's college basketball game at the Frank Erwin Center in Austin, Tex., Saturday, Feb. 27, 2016. RICARDO B. BRAZZIELL/AMERICAN-STATESMAN

Among the highlights of the Big 12-Souteastern Conference Women’s Basketball Challenge in December is a matchup between two of the sport’s biggest names – Texas and South Carolina.

Every team from the Big 12 will face 10 teams from the SEC, the conferences announced Monday.

The format consists of five home games on campus sites for each conference. Two teams from each league participated in the past two years with the conferences splitting the games each season for an overall 2-2 series record.

Games will be scheduled over the dates of Thursday-Sunday, December 1-4. Times and television designation will be released when available. Half of the contests feature at least one team that was ranked in the final 2015-16 USA Today coaches’ poll while three will highlight top-25 matchups.

The inaugural challenge was held in 2014 in Little Rock and featured a Top-5 matchup with No. 3 Texas squaring off against No. 4 Texas A&M. Oklahoma and Arkansas, who were both receiving votes in the Associated Press Poll, played in the second game. The conferences split the challenge with the two games decided by a total of nine points.