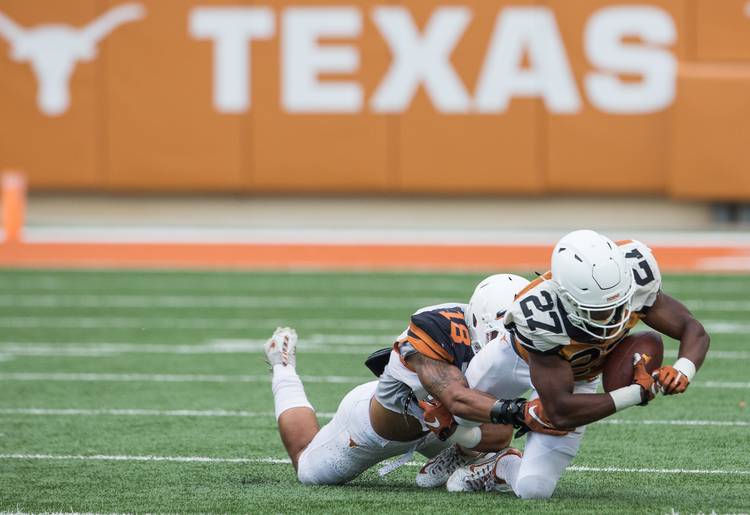 Texas wide receiver/running back Roderick Bernard suffered an injury from a car crash earlier this month and will likely be out for the 2016 season.

The junior from Houston had one catch for four yards during the 2015 season, missing two games to injury. In 2014, Bernard served as one of the kickoff returners, averaging 19.1 yards per return on his nine totes. He played in five games, was injured versus Kansas State and missed the rest of the season with a torn anterior cruciate ligament in his left knee.

In our spring review of Texas running backs, we ranked “Hot Rod” fourth on our depth chart.