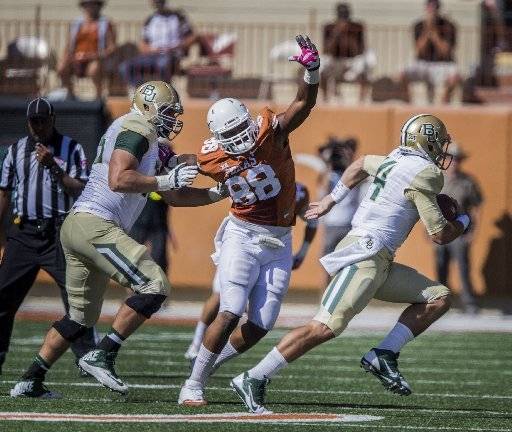 Reed was signed by the Buffalo Bills as an undrafted free agent in 2015 but was released at the start of training camp in late July. He will join former Big 12 defensive player of the year Ndamukong Suh and four-time pro bowler Cameron Wake on the defensive line.

Reed, a two-time All Big 12 selection, had 18 sacks and 37 tackles for loss in four seasons at Texas.

Longhorns in the Olympics: Day 9