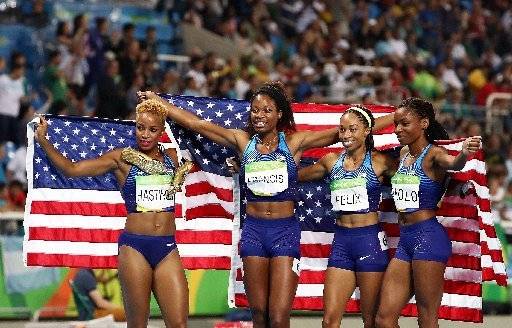 Okolo ran the opening leg and gave the Americans an early lead against a hard-charging Jamaican team. Natasha Hastings maintained the lead and Phyllis Francis held a slight edge when she passed the baton to Felix.

Jamaica won silver at 3:20.34 and Great Britain took the bronze medal at 3:25.88. Longhorn Chrisann Gordon will receive a silver medal for competing in the 1,600 relay prelims.

Women’s volleyball: Texas ex Rachael Adams had eight kills and a team-high five blocks as Team USA took home the bronze medal with a four-set victory over the Netherlands 25-23, 25-27, 25-22, 25-19 Saturday. The Americans have medaled in three straight Olympics.

Which players are flying under the radar at Texas in August?