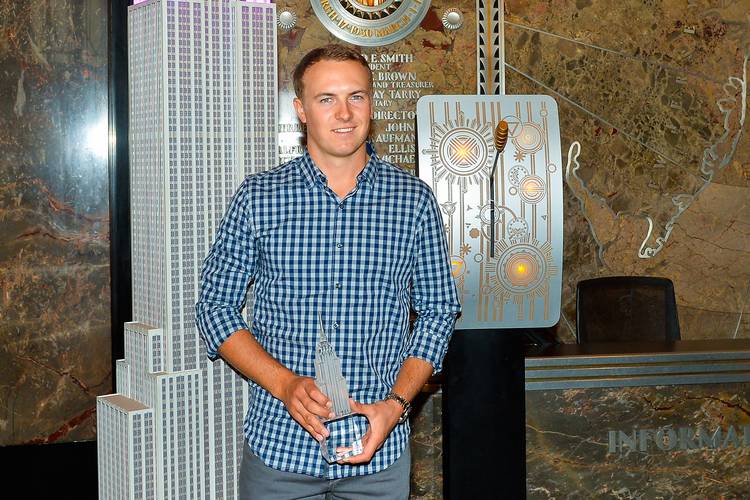 Jordan Spieth poses for pictures during an event to celebrate the upcoming FedExCup Playoffs at The Empire State Building on August 22, 2016 in New York City. (Photo by Alex Goodlett/Getty Images)

Former Longhorn Jordan Spieth last night went on The Tonight Show with Jimmy Fallon to talk about various subjects, but one of the first items they discussed is Spieth’s relationship with his putter he’s used for the past seven years:

Spieth continued to discuss what it’s like playing a round with Bill Murray and even tries to chip marshmallows into the host’s mouth:

They believe: Which AP voters put the Longhorns in their preseason Top 25?