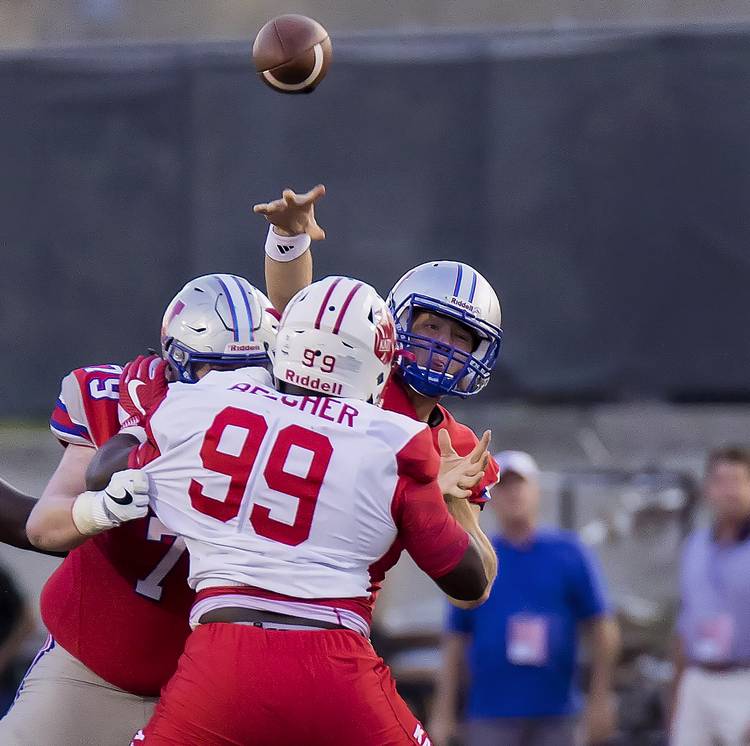 University of Texas football fans are surely interested in present state of affairs on the 40 Acres, but an eye should also be kept on the future this fall.

The University of Texas’ 2017 recruiting class has received seven verbal commitments. 247Sports currently ranks Texas’ upcoming recruiting class as the nation’s 57th-best, while the Longhorns check in at No. 61 in the Rivals rankings.

Ehlinger threw for 256 yards, rushed for 63 yards and accounted for two touchdowns in Westlake’s 32-29 win over Katy on Friday. Ehlinger completed 17 of his 27 passes against Class 6A, Division II’s defending champion, and he also converted two two-point conversion attempts. Media members from across the state made the trip to Westlake to see a match-up between the first- and fifth-ranked teams in the AP’s Class 6A preseason poll, and Ehlinger gave them plenty to tweet about in the upset.

Also watching the action? Some of Ehlinger’s future teammates at Texas.

Thompson was special on special teams in Nacogdoches’ season-opening win over Kilgore. According to the Kilgore News Herald, Thompson opened the second half of a 48-21 win by returning a kickoff for a touchdown. Nacogdoches also kicked a field goal after Thompson forced and then recovered a fumble on a kickoff.

Estell opened his senior year with a loss as New Boston held off Hooks for a 14-12 win. Estell’s brother, Malik, scored on a 32-yard catch in the game.

Boyce registered six tackles in the Falcons’ 42-28 loss to Denton. Boyce also got two touches on offense that turned into nine rushing yards and 13 receiving yards.

Liberty-Eylau opened its year with a 61-55 loss to Gilmer on Thursday, but 247Sports reported that Carson registered three sacks in the high-scoring affair.

Miller didn’t get to open his senior season until Saturday, and he made a late push among Ehlinger and Thompson for the best first-week statistics among the future Longhorns. In a 45-14 rout of Plano West, Miller turned his four receptions into 132 yards and two touchdowns. Miller’s touchdowns were both scored in the second half, and they covered 18 and 70 yards.

Editor’s note: This post was updated to include Damion Miller’s performance on Saturday.