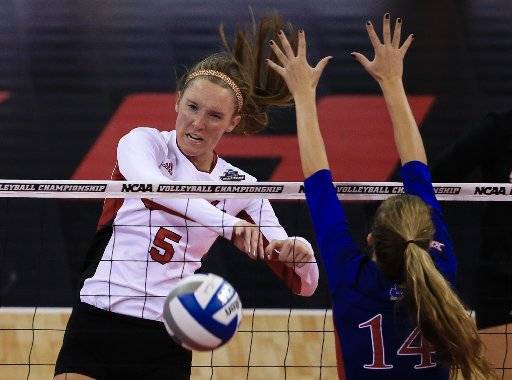 Top-ranked Nebraska swept the second-ranked Longhorns 25-15, 25-16, 25-21 in a rematch of the 2015 national championship volleyball match Saturday at the Vert Challenge in Eugene, Ore.

Nebraska, which brought back most of its key players from last year’s team, outhit Texas .304 to .140, had seven aces and led the Longhorns in blocks and digs.

The Cornhuskers (2-0) have two wins against Top 10 opponents this season; they beat No. 10 Florida 3-1 Friday night. The Longhorns (1-1) defeated host Oregon in four sets late Friday.

Twin sisters Amber and Kadie Rolfzen led the Huskers with a combined 21 kills. Kadie Rolfzen led the team with 11 kills and had 11 digs. Amber Rolfzen and middle blocker Brianna Holman put up a formidable front. Rolfzen had 10 kills while hitting .438, and Holman had eight kills, hit at a .727 clip and had three blocks.

Texas hit just .143 in the opening set as Nebraska closed with a 6-2 run. The Cornhuskers opened the second set on a 9-2 run, and Texas rallied to cut the lead to two at 12-10. Nebraska won the next four points and held at least a five-point edge the rest of the set.

The Longhorns tied the third set at 17-17, but the Huskers scored three straight points, and Kadie Rolfzen put the match away, scoring two of the Huskers’ last three points.