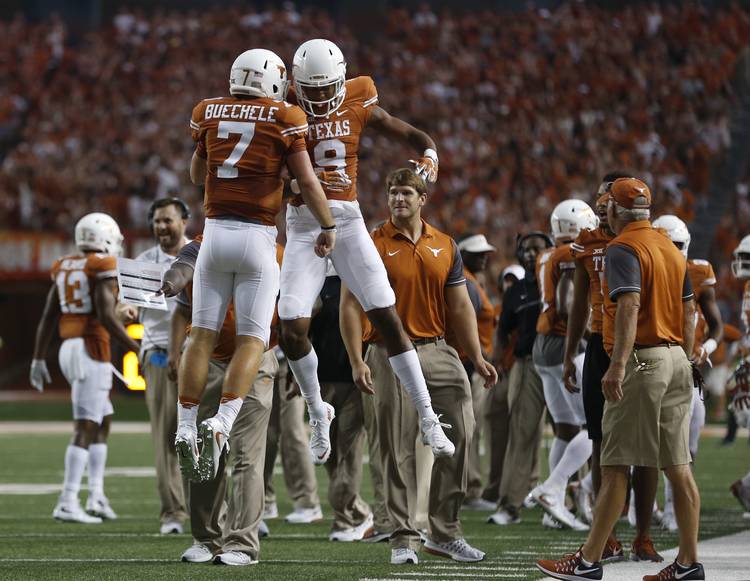 The Big 12 took note of the Texas Longhorns’ big win over Notre Dame.

Swoopes ran 13 times for 53 yards and three touchdowns in Texas’ 50-47 win over No. 10 Notre Dame on Sept. 4, and he scored in each of the overtime sessions. The first true freshman to start at quarterback for Texas since Bobby Layne in 1944, Buechele threw for 280 yards and two touchdowns in his collegiate debut. Nelson recorded a team-high eight tackles in his first-ever start, and he bested his career-high by five tackles.

Hill threw for 439 yards in his first game with TCU, and the Texas A&M transfer led the Horned Frogs to a 59-41 win over South Dakota State on Sept. 3. TCU sophomore KaVontae Turpin was named the Big 12’s Special Teams Player of the Week after he scored on an 81-yard punt return.

Teams from the Big 12 went 7-3 over the first week of the football season.