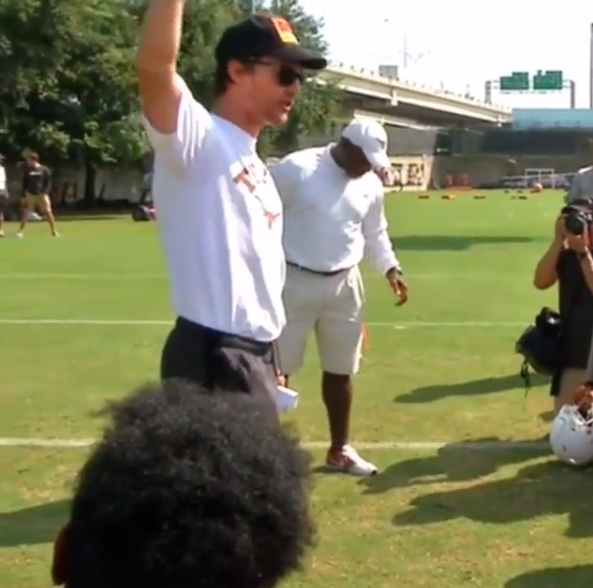 This may be the best performance of Matthew McConaughey’s career. Yeah, and we’ve seen “True Detective.”

As you might have heard, the Oscar-winning actor and ex-Longhorn showed up at a football practice last week to offer a little sideline support, but the inspiring speech he gave while in attendance only started spreading online after Texas’ Sunday thrill-ride.

As with most things McConaughey says, his speech inspired a new slogan and accompanying T-shirt design.

Was it his advice to “Let it rip, man!” that pushed us into double-overtime? Or was it “One in a row can start for you Sunday night,” that spoke to Shane Buechele? Or maybe it’s all about his timing. As one Twitter user noted, “He instinctively knew the coolest possible time to remove his sunglasses.”

We have to (*removes sunglasses*) agree.

With the actor’s latest movie, “The Sea of Trees,” opening with astoundingly low ticket sales, we’d much rather see whichever movie this pregame speech belongs in. Or maybe a “Friday Night Lights” return post-Coach Taylor?