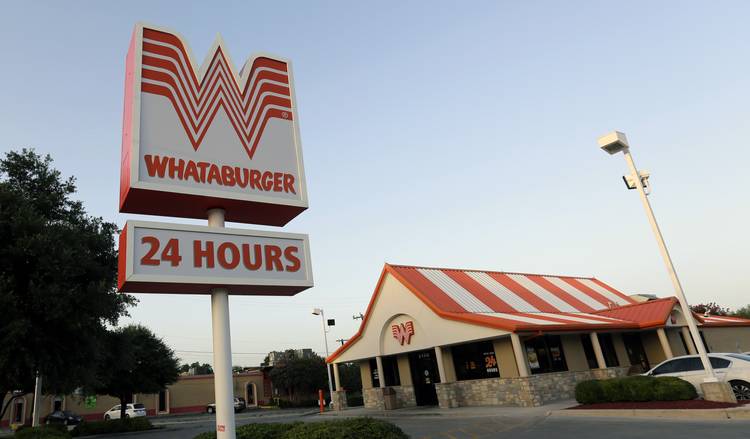 This Thursday, July 9, 2015 photo shows a Whataburger restaurant in San Antonio, Texas. The iconic Texas restaurant chain will not allow the open carrying of guns on its properties, taking a stand against a new law legalizing the practice. (AP Photo/Eric Gay)

Whataburger laid the spicy ketchup on thick when it offered less than 140-characters of sound advice to Sunday’s losing No. 10-team, Notre Dame.

READ: Texas-Notre Dame is most-watched season opener ever on ABC/ESPN

If Notre Dame was hounding after that win as much as their double-overtime push indicated, then, the Texas chain suggested, they could still get one by stopping by the orange-and-white on their way out.

Whataburger has proved merciless when it comes to orange pride (burnt or other). Check out the restaurant’s reply to a fellow Twitter user below:

Does a honey-butter chicken biscuit taste just as sweet after major defeat? Let us know, leprechauns.

Trio of Longhorns honored by Big 12

Longhorns back on national radar, ranked 11th in AP Top 25