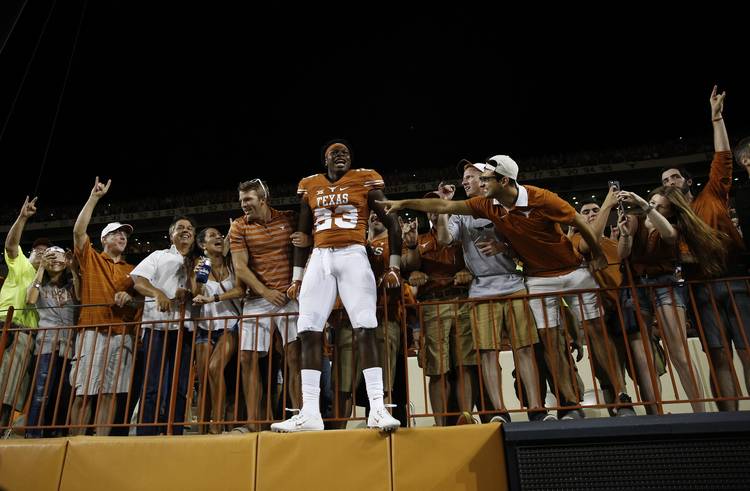 Perhaps you were part of the 102,315-fan sellout crowd at Royal-Memorial Stadium on Sunday to watch the Longhorns thrilling victory over the Irish. Or you’ve watched your own Instagram video of Tyrone Swoopes’ game-winning touchdown 250 times already. Heck, even the Longhorn Network has already re-run the game probably 15 times since Sunday.

But, we know you need more video of Sunday night. On Tuesday, the university released its weekly in-season “Sights and Sounds” video of the contest that includes parts of Charlie Strong’s pre-game and post-game speeches along with a field-level look at the post-game celebration. Relive all the pre-game hype and game coverage with an insiders’ look at the win that vaulted the Horns back into the AP Top 25 poll.