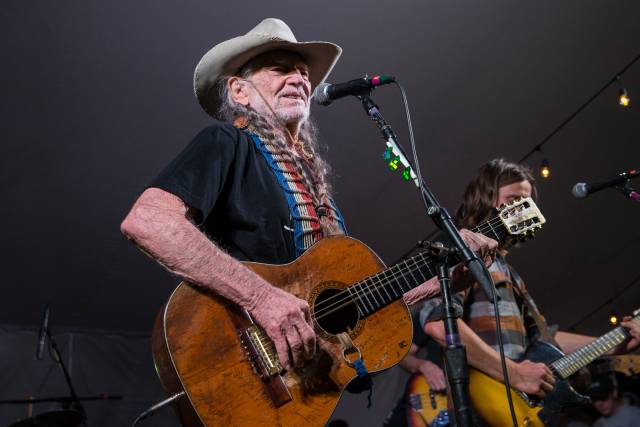 Nelson posted a photo of the band’s formation on his Facebook account on Tuesday. He wrote “It was such an honor to see this during the UT vs Notre Dame game Sunday. Thank you The University of Texas Longhorn Band.”

The band promptly responded to Nelson on its own Facebook page with “Always an honor to play one of our favorite artists at halftime! Thanks, Willie Nelson!”

Entertainment from last weekend just doesn’t seem to end. It was the same one during which baby Bevo XV made his debut, Matthew McConaughey gave a special speech, someone thinks they may have seen Abigail Fisher and of course, Longhorns beat the Leprechauns.

We wonder what this weekend’s game will bring. The Longhorns play this Saturday, at 6 p.m. at the Darrell K Royal-Memorial Stadium.