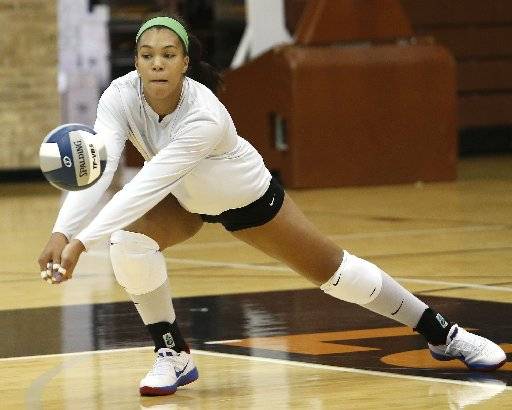 The first set stayed tight until Texas broke a 17-17 tie with five straight points. The Shockers cut the lead to three at 23-20, but a service error and and attack error gave the set to Texas.

Wichita State saw a 20-17 lead in the third set slip away as the Longhorns scored five straight points. Wichita State tied it at 22-22 with a block, and a kill by Larson gave the Shockers a 23-22 lead. Texas tied it with a kill by White, but kills by Emily Hiebert and Larson sent the match to a fourth set. It was the third time this season the Longhorns have been pushed to a fourth set.

The Longhorns broke a 16-16 tie in the fourth set with a 4-0 run and Nwanebu knocked down match point to seal the win for Texas.

Kevin Durant is on the 40 Acres for Texas vs. UTEP