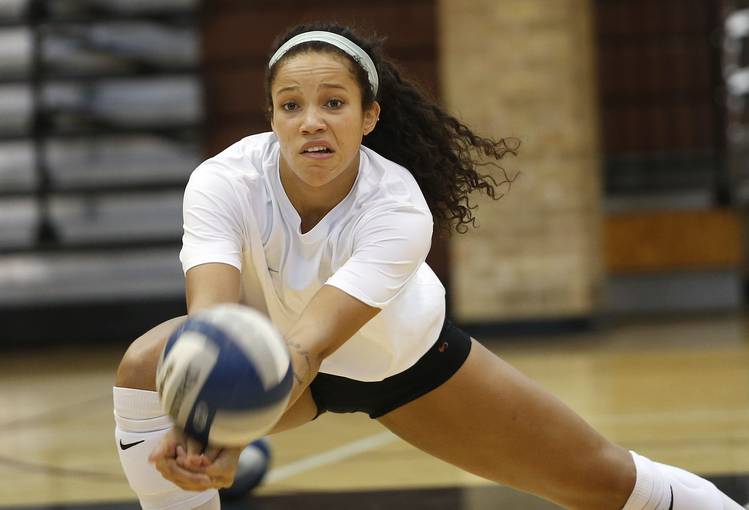 White hit .390, had four blocks and has posted double-digit kills in six of seven matches this season. She has led the Longhorns in kills in four straight matches and leads the team in kills and points.

Colorado State erased a five point deficit in the second set with a 6-1 run to tie it at 23-23. Following a Texas timeout, White and Cerame hit back-to-back kills to take the set 25-23.

Texas rallied from an 18-13 deficit in the third set with five straight points to knot the set at 18-18. White gave the Longhorns the lead with a kill at 22-21 and knocked down a kill to win the set and match 25-23.

Breakfast with Bevo: What will we get for an encore, Texas?