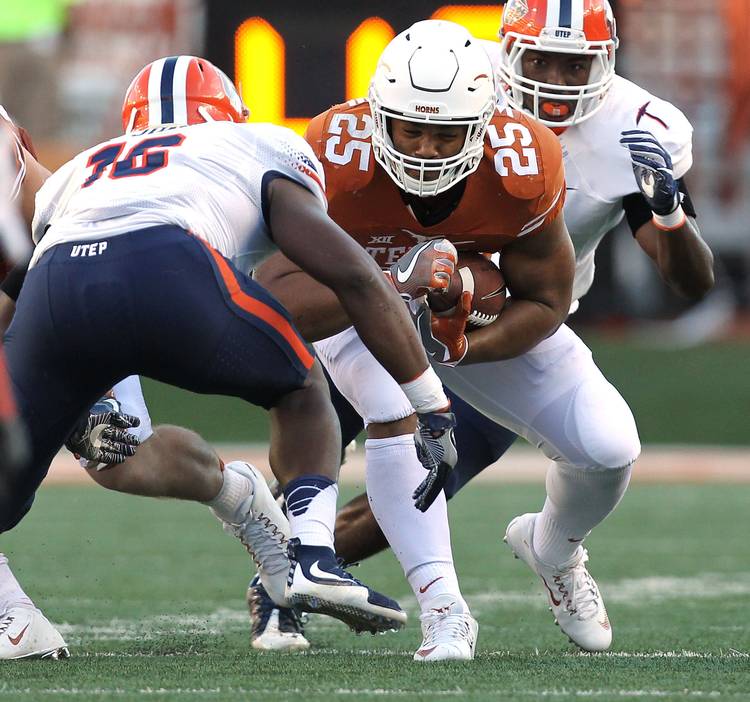 Texas's running back Chris Warren III looks to escape a tackle by UTEP's Will Hernandez(76) and Lawrence Montegut during the first half at Royal-Memorial Stadium, Saturday, Sept. 10, 2016. (Stephen Spillman / for American-Statesman)

Sophomore running back Chris Warren doubled his touchdown total for the game with a 12-yard touchdown run to put the Longhorns up 17-7 late in the first quarter.

On his way to the endzone, Warren bulldozed his way through three defenders.

Watch the scoring play below:

WATCH: D’Onta Foreman bowls his way into endzone for TD