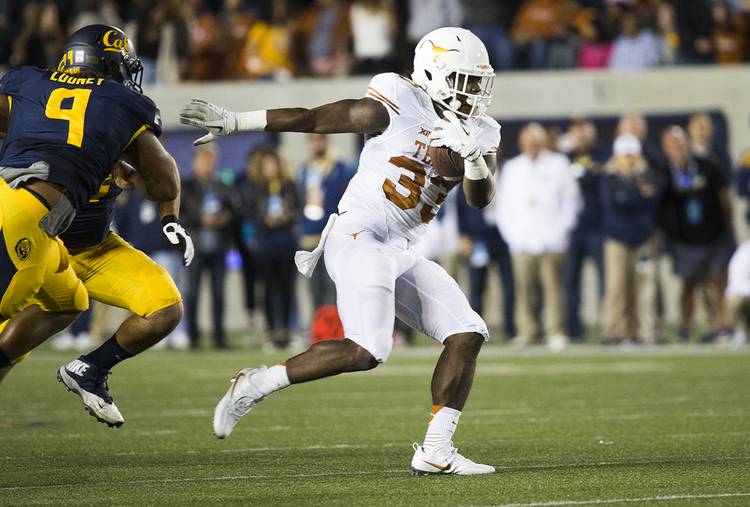 Texas Longhorns #33 D'Onta Foreman takes the ball down the field away from Cal Golden Bears during the first half of a NCAA college football game, Saturday, September 17, 2016 at Memorial Stadium in Berkeley, California. RICARDO B. BRAZZIELL/AMERICAN-STATESMAN

Junior running back D’Onta Foreman had to watch his backfield mate Chris Warren carry the pigskin in for the Longhorns’ first two touchdowns on the night.

But he got his chance early in the second quarter, finding the endzone on a 4-yard off tackle run.

Watch the video of the touchdown run below: