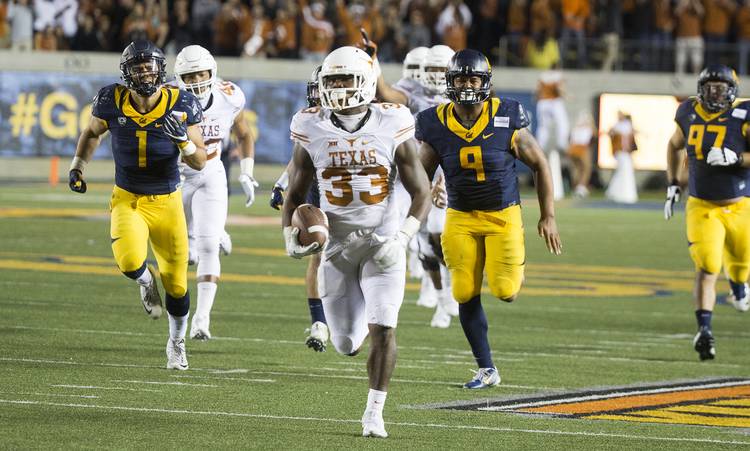 Texas Longhorns 33 D'Onta Foreman runs ahead of the pack during the second half of a NCAA college football game against Cal Golden Bears , Saturday, September 17, 2016 at Memorial Stadium in Berkeley, California. RICARDO B. BRAZZIELL/AMERICAN-STATESMAN

After Texas beat Notre Dame in the first game of the season, Whataburger rubbed in the win by tweeting out a snide remark addressed to the Leprechauns.

But when Cal beat Texas Saturday night 50-43, a Twitter account named California Humor totally ripped off our beloved food chain. It posted a tweet saying “Texas Longhorns can still get a win by stopping by In-N-Out Burger on the way out of California #TEXvsCAL.”

Texas Longhorns can still get a win by stopping by In-N-Out Burger on the way out of California #TEXvsCAL pic.twitter.com/qpHONDpHiU

There’s so much wrong here, Longhorns shouldn’t be remotely insulted. First off, it was plagiarized. Second, someone should inform whoever is running that account that Austin has its own In-N-Out. Third — is eating there even really a win? And fourth, maybe it would’ve been better if In-N-Out had actually been the one to tweet this.

what a fail re post of the @Whataburger one.

copying @Whataburger's brilliant marketing post from last week, but without the logic.

Beware Texas, you’ve got this receiver next