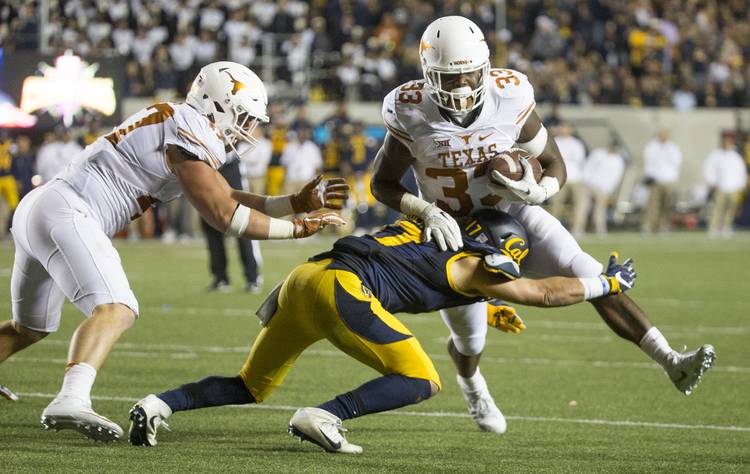 Texas Longhorns 33 D'Onta Foreman rushes for touchdown against Cal Golden Bears during the first half of a NCAA college football game, Saturday, September 17, 2016 at Memorial Stadium in Berkeley, California. RICARDO B. BRAZZIELL/AMERICAN-STATESMAN

After a third quarter that saw neither team score, Texas struck quickly with a one-play 47-yard drive on the first drive of the fourth quarter. Junior running back D’Onta Foreman took the hand off from Shane Buechele  up the middle and went untouched, 47 yards for a touchdown.

The run pushed Foreman’s rushing total over 100 for the night. After the touchdown, he has 137 yards on 15 carries. Texas’ other main running back, Chris Warren, has 119 yards on 18 totes.

Watch the scoring play below: