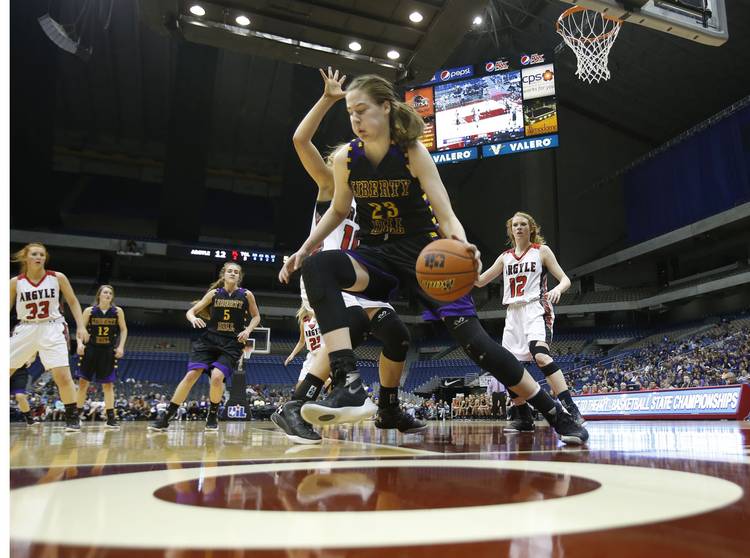 Karen Aston’s run of attracting some of the nation’s top basketball recruits continues.

On Friday, Liberty Hill junior Sedona Prince’s mother, Tambra, informed the American-Statesman that her daughter will play for the University of Texas, starting with the 2018-19 season.

Also on Friday, Sedona Prince called coaches from Louisville, Notre Dame, Connecticut, Oregon State and TCU to tell them of her decision to be a Longhorn. UConn coach Geno Auriemma paid a visit to Prince’s home in Liberty Hill earlier this week.

“This time Sedona has no doubt,” Tambra Prince said Friday.

“She would get hand-written notes from the coaches almost every day,” Tambra said.

Known for her defense and shot-blocking ability, Prince has a wing span of 6 feet, 8 inches. While attending a Texas basketball camp, she blocked 6-7 Longhorn Imani Boyette’s shot when she was in eighth grade.

As a sophomore last year at Liberty Hill, her team went 36-4 and reached the Class 4A state tournament in San Antonio, losing to Argyle in the semifinals.

NFL exec: Shane Buechele is the most underrated college QB