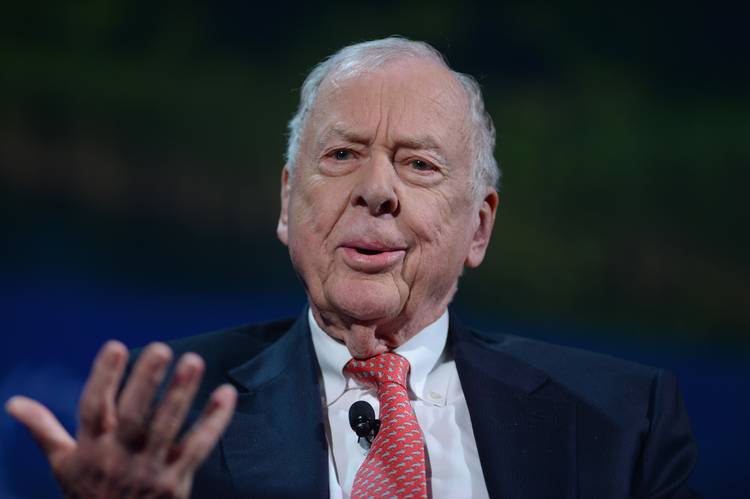 Kirk Bohls released this week’s nine things and one crazy prediction yesterday. A few were dedicated to the Longhorns. Here’s Kirk’s take on some Bevo and Big 12 related items:

T. Boone Pickens said he likes the current 10-team Big 12 configuration the way it is and would prefer adding Houston and SMU if the league grows, but that’s “probably unlikely.” The Oklahoma State benefactor said on our “On Second Thought” podcast that Oklahoma president David Boren has been wishy-washy about expansion and that “maybe it’s time for David to retire.” Some outlets reported Tuesday that the mercurial Boren is saying he’s decided against expansion, but Boren clarified his stance, saying “Oklahoma has not yet taken a position on expansion.” Pickens, who has given $500 million to his alma mater, said, “I’ve known David forever. He likes to talk. He gets a little bit confused sometimes.” Pickens said he and Cowboys coach Mike Gundy aren’t talking. “I don’t have any conversations with Gundy,” he said. Is there a rift? “I don’t know, but Mike doesn’t handle people relationships very well. And he gets mad about things. I’ve heard he’s written some notes about me that weren’t very complimentary.”

On what players Charlie Strong will play the rest of the year:

I fully expect Charlie Strong to go young the rest of this season. He’s tried hard to tout the senior leadership, but senior guard Kent Perkins’ DWI arrest hurts that. Strong is getting some heat over only a one-game suspension for Perkins, but that’s a common discipline in college football. The Austin Police Department told me there have been 4,153 DWI arrests this calendar year and 123 over the last week of Sept. 18-25. I expect more DeShon Elliott and Brandon Jones at the two safety spots, more slot receiver Devin Duvernay and more Malcolm Roach and Breckyn Hager at defensive end, and won’t be surprised to see Malik Jefferson on the outside as an edge rusher as well.

On the biggest surprises for UT football for 2016:

The Longhorns’ biggest surprises have been the strong play of the defensive line, terrific play-calling of Sterlin Gilbert and the poise and accuracy of quarterback Shane Buechele. The main shortcomings are the inconsistency of the secondary and wide receivers and Strong’s inability to shake up his defensive staff. To limit Buechele’s snaps, I could see Jerrod Heard out of the wildcat more along with Tyrone Swoopes.

For the rest of Kirk’s 9 Things, including his thoughts on Karen Aston’s recruiting, the firing of Les Miles and Aggie QB Trevor Knight, click here.