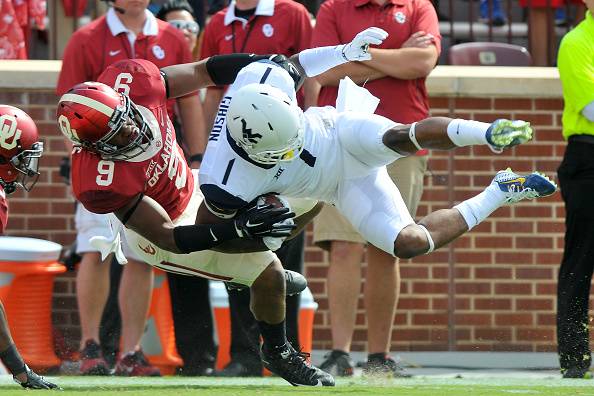 Oklahoma linebacker Tay Evans has been forced to give up football, coach Bob Stoops announced at his Monday press conference.

Evans started three games this season, but he wasn’t in the lineup Saturday against TCU.

The redshirt sophomore from Allen has suffered with concussions throughout his career. He’ll stay on medical scholarship and will help with coaching.

“We want the best for him moving forward in his life, first and foremost,” Stoops told reporters Monday.

Emmanuel Beal has moved into the starting role.

Evans brother, Bobby, is an offensive lineman for the Sooners. And their dad, Bobby Joe Evans, played basketball for Oklahoma in the 1990s.