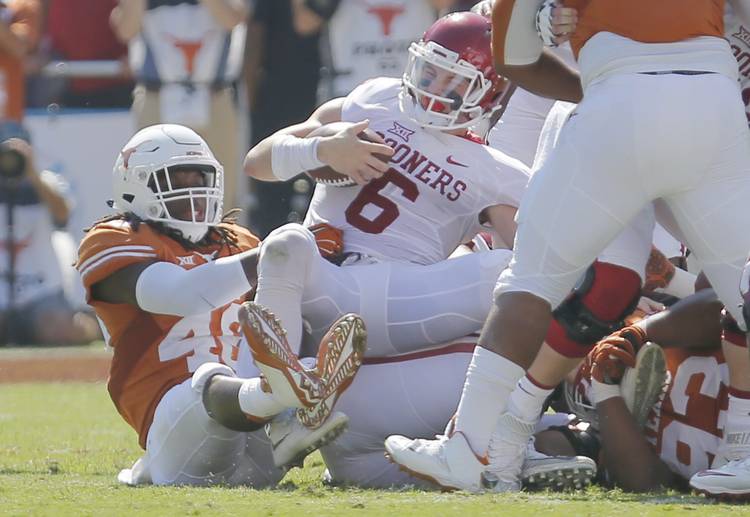 He suffered the injury on a sack near the end of the second quarter. He was treated in the locker room at halftime and played the entire second half. Sometimes adrenaline gets you through such injuries.

“He’s a little bit sore, but he’ll be ready to go,” Stoops said Monday during the Big 12 coaches weekly teleconference.

So expect Mayfield, the former Lake Travis High School standout, to play against the Texas Longhorns this Saturday in Dallas.