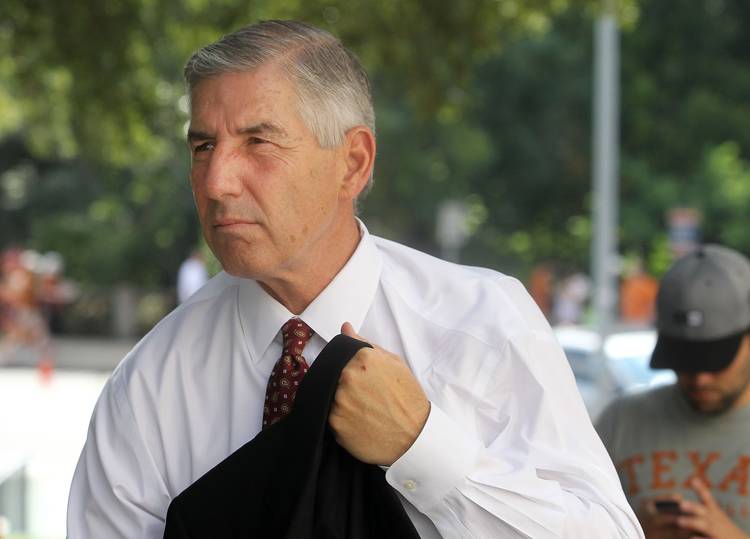 GRAPEVINE — The Big 12 has decided not to expand and will not invite any new schools to join its 10-member league, sources have confirmed to Austin American-Statesman and ESPN on Monday afternoon.

“No expansion at this time,” a high-level source told the Statesman.

The league’s eight presidents and two chancellors voted not to grow after meeting for three hours at a catered dinner at the DFW Hyatt hotel on Sunday night and almost another six hours on Monday.

None of the presidents would stop and talk to discuss the matter Monday. Iowa State president Steven Leath declined, saying he had to catch a plane and, “I’ve got to run a university.”

Texas’ Gregory L. Fenves slipped out and could not be reached for comment.

Three media outlets, including ESPN, have reported it officially. As many as 20 schools asked to be considered for expansion, and that number was whittled to 11 “viable candidates.”

The idea of expansion was thought to have cooled after the June meetings of the Big 12 board of directors, until the league announced at the July football media days that it would aggressively explore the possibility of adding as many as four schools to its conference. But momentum stalled when word came that the Big 12’s television partners, ESPN and Fox, were balking at the idea of having to pay the league an extra $25 million per school on an annual basis if it expanded, thanks to a “pro rata” clause in their contracts.

Some think the television networks would ante up more money to the league not to expand.